Vancouver's Minimal Violence step up with an incendiary mix of supercharged electro, techno and breaks to mark the release of their new EP on Ninja Tune's Technicolour imprint. DJ Mag caught up with the duo to talk punk, the local scene and cyborgs...

Minimal Violence is a punk band. Sort of. Born from Vancouver’s underground punk community out of an eagerness to mix records as well as play in bands, the duo of Ashlee Luk and Lida P have clung to the DIY and outsider ethos of their scene with resolute talons since coming together in 2015. It is in the rawness of their roots that the appeal of their incendiary electronics lies.

As part of the broader Sacred Sound Club, a collective who’ve championed experimental, noise and darkwave sounds in the city, the pair learned their craft through improvising on whatever bits of equipment they could get their hands on – “A few din-sync linked synths and drum machines alongside a sampler and a casio we found next to a garbage can”. The results were rough, uncontrolled and irresistible.

From there, the noise flourished, and the duo have gone on to release on labels like 1080p, Jungle Gym Records and Lobster Theremin as well as putting out a fearsome remix on the legendary R&S. Becoming known across Canada and further afield for their cathartic live shows, they have just released their latest double-edged single on Ninja Tune’s Technicolour imprint. As on previous cuts ‘Now!’, ‘Acid Lakes’ and ‘Houses’, ‘MVX / U41A’ combs chaos with a sort of cavernous introspection, an injection of anxious euphoria. This time round however, the sense of release that bursts from the tracks is heavier, more abrasive, as though the further into the electronics the pair delve, the more dedicated to a punk ideology they become.

“I definitely think we have evolved to a significantly heavier place than we started,” Luk tells DJ Mag. “Which is funny since it has always been such punk approach from the beginning but maybe from a softer angle.

“We’ve always worked out of our home prior to this which has required constant attention to volume,” she adds, having recorded this EP in Vancouver’s Deep Blue studio. “Being able to just blast it while jamming lends to conjuring a vibe during the creative process, would like to imagine that vibe was successfully transmitted in these recordings.”

Of course, releasing on Ninja Tune or a Ninja Tune affiliate label is no small feat, and it is certainly not something the duo are taking for granted.

“Working with Ninja Tune has been a really great experience so far,” they say. “We were drawn to them based on some of their recent releases with the Technicolour label, they seem to be picking up on a lot of new artists who are creating works outside of traditional dance structures.” 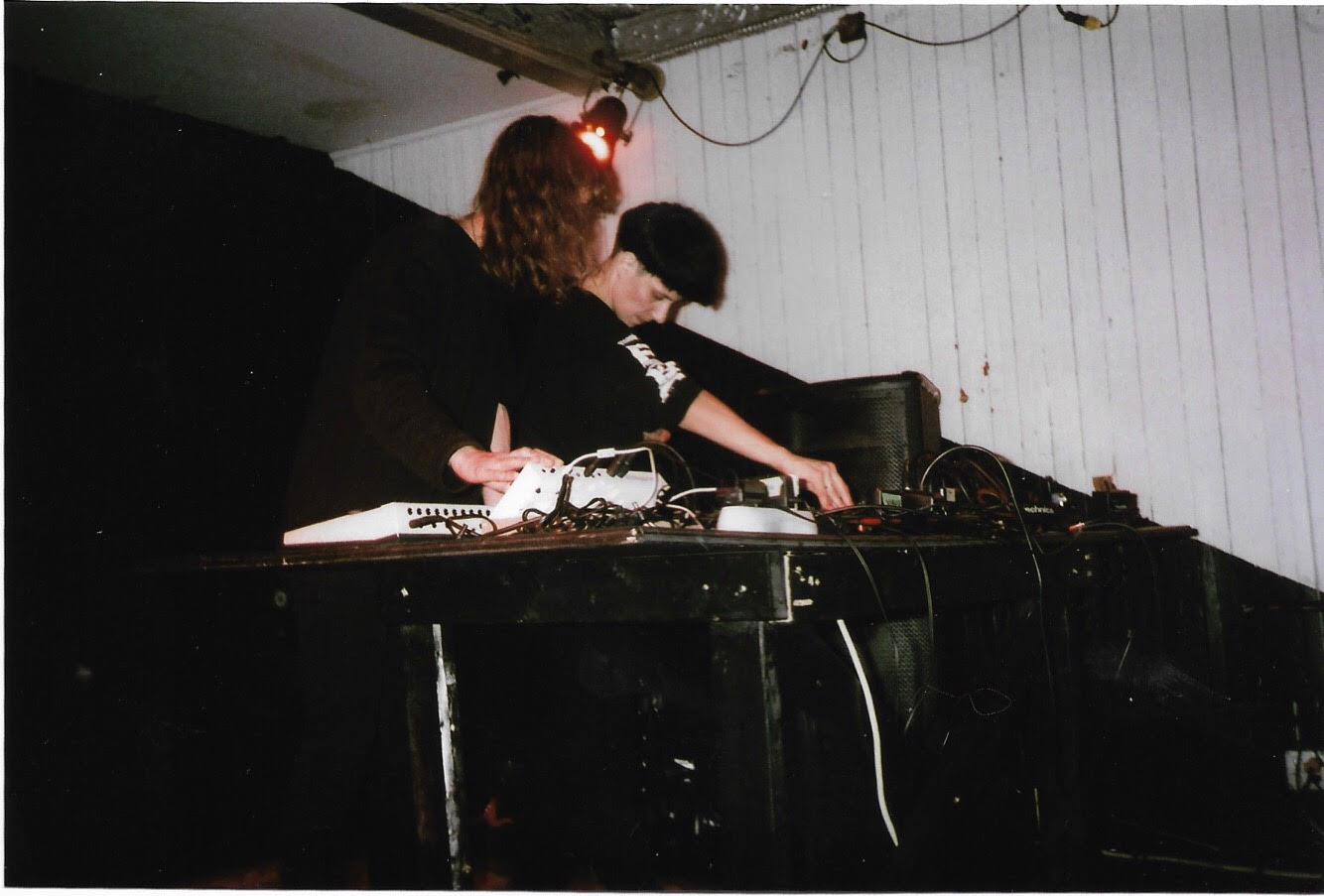 And it is, as expected, the artists who defy traditional structures that Minimal Violence are kindred with. The pair, along with Josh Rose and Spencer Davis of Vancouver post-punk outfit Cowards, formed Sacred Sound Club as a response to the lack of experimental electronic and dance music events taking place in the city. It has since expanded, with a new wave of experimental, DIY electronic outfits and collectives rising with it.

“It was just a natural progression that we would start throwing parties in order to bring out artists that we wanted to see,” they say. “It’s been about three years now but it’s really cool to see all of the new life that has sprung up in Vancouver since, with collectives like S.M.I.L.E and Nuzitaking risks on bringing artists to the city that we would have never imagined a scene for years before.”

“S.M.I.L.E, whose collective includes artists like x/o, J.S Aurelius and Baby Blue, has been building a scene locally for artists with a more experimental/deconstructed approach to club music,” they add. “Something that was not really embraced in Vancouver until recently. Also Nuzi collective, who started up just last year, are really exciting. They self-describe as a movement dedicated to increasing the presence and visibility of black women, women of colour and gender nonconforming individuals within the Vancouver music scene.” 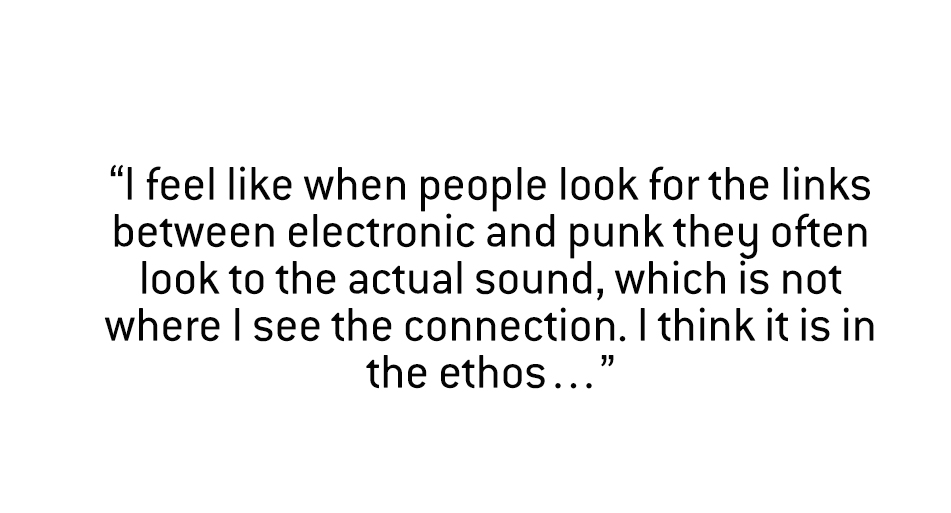 Luk still plays in her dark punk band lié (she’s on guitar and vocals) and is precise when specifying the links she finds between the clamorous spirit of that outlet and the more dancefloor-ready edge of Minimal Violence.

“I feel like when people look for the links between electronic and punk they often look to the actual sound, which is not where I see the connection,” she explains. “I think it is in the ethos, and the approach. The use of instruments and machines in an unconventional way; I feel like you can hear the difference between electronic music played by someone who has taken a formal path to learning how to produce VS someone who had just picked up pieces of gear and figured out how to use them to the ends of getting whatever sound they want to achieve.”

In terms of pieces of gear, in a live setting Minimal Violence have developed their set-up to be centred around the MPC1000 sampler and branch it out from there. “We send different sequences to the Virus A and Blofeld while just sending clock over to our drum machines (707/tr-09) which are independently controlled and run through some pedals and filters. Also gotta toss some acid in there.”

Just as there are complex ideas coursing through the battered, gnarled veins of punk, Minimal Violence capture intricate ideas in the ferocious rattle of their robotic, buzzsaw belters. Some weeks ago, the pair shared a quote on their social media channels from a piece written by Susana Loza under the title ‘Sampling (Hetero)Sexuality: Diva-Ness and Discipline in Electronic Dance Music’. In the piece, Loza explores what she refers to as “the biopolitics of fucking machines” and, subsequently, dance music’s potential to breakdown and disassemble gender binaries as well as its wider role socially. The ideas presented in the piece stood out to Minimal Violence, and became vital in their constructing of an artistic M-O.

“We’ve recently been revisiting some of that material and trying to find a way to pull elements of academia into practice,” explains Luk. “Also been digging pretty deep into cyborg and post-gender theory. Integrating this into artwork/music seemed like a logical conclusion, when certain phrases stick out it’s nice to find a way to raise them beyond the page.”

“That piece in particular stuck out because of its interesting deconstruction of sample based music and how dance music can challenge gender binaries. She talks about the denaturalizing of vocals through mechanization thus destabilising gendered binaries, instead conjuring cyborgs, fembots and other post humans into existence. Really exciting stuff, and so important when looking at dance music from a larger perspective, looking at its role in society.” 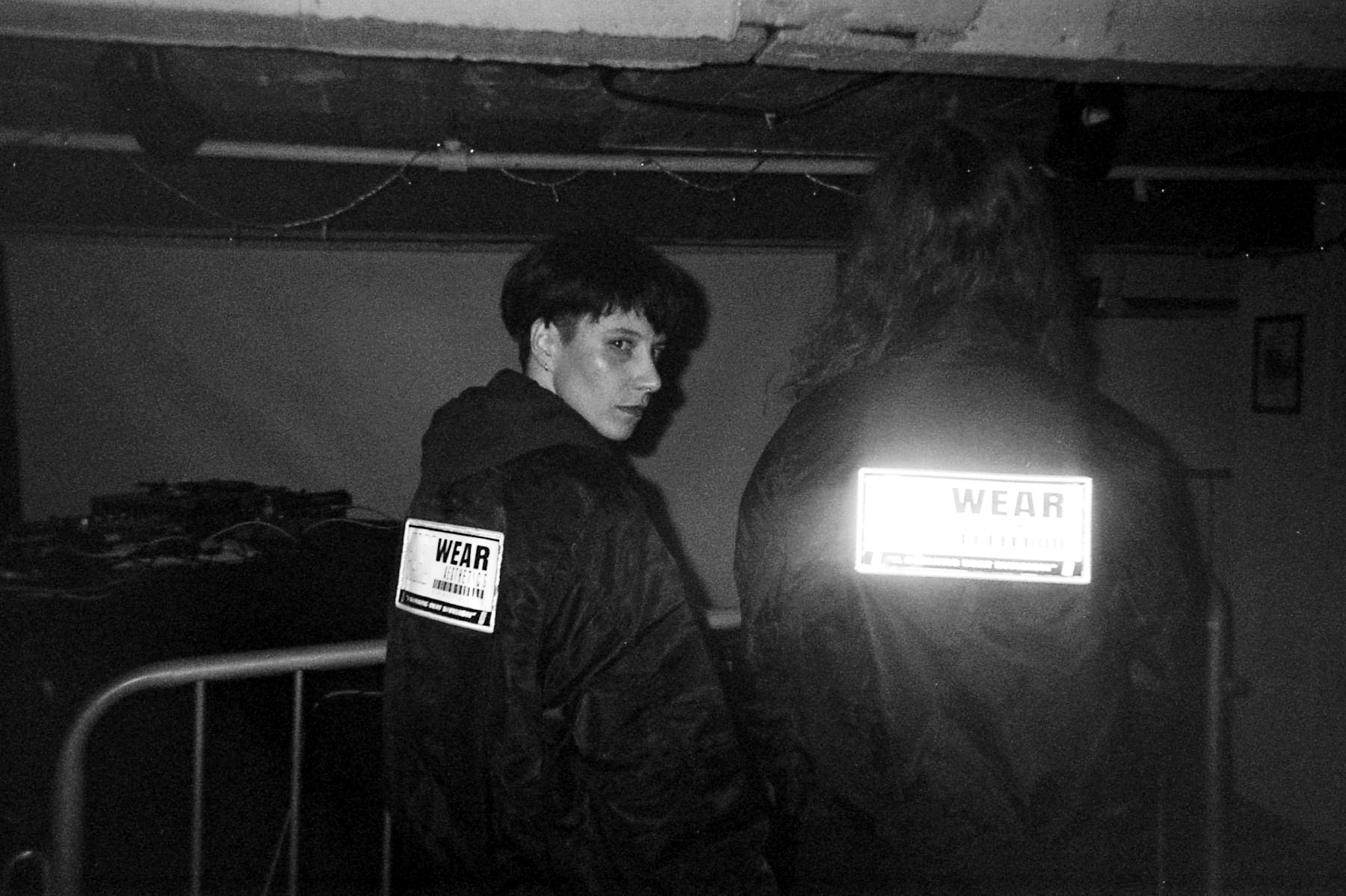 As for them, they may be only be three years in the game in this incarnation, but their fierce intent is all the more palpable for that. Inflammable. Corrosive.

“I’d like to imagine we’ve come a long way, but still learning, that part never changes,” they say. “I don’t think there is ever a point with electronic music that you stop learning.”

For their DJ Mag Podcast mix, Minimal Violence have curated an hour of hectic, supercharged rhythms and atmospheres gathered from friends, contemporaries and inspirations.

“With this mix we took a bit of a compositional approach,” they say. “Incorporating some samples and original elements as well as revisiting some motifs throughout the mix.”

As for what we should do while listening to it?

“It’s fun and it gets fast, in bursts, so maybe do some high intensity interval training?”

MVX / U41A is out now on Technicolour. Buy it here.