Politics are an integral part of dance music, here’s why | DJMagAdmin.com Skip to main content

Politics are an integral part of dance music, here’s why

Politics are an integral part of dance music, here’s why

If you’re telling people to “keep politics out of music”, you’re missing the point. Here, DJ Mag’s Harold Heath explains why politics are an integral part of dance music culture...

The last few years in dance music has seen an increase in engagement with political issues. Subjects like gender equality, homophobia, racism and class are being discussed more frequently in the dance music press and online, with DJs, producers and artists often getting involved too. And you can guarantee that whatever the issue, there will always be a contingent saying that we should “Keep politics out of music!” or “Just let the music do the talking”.

“Keep politics out of music” is the rallying cry of the true hedonist and we get it, we totally understand. This is supposed to be a techno party, not a political party, right? It’s where we let loose for a few precious hours and forget about mundane reality and our constant scrolling timeline of global worries. Clearly, the middle of the dance floor at 3am isn’t the best time to discuss how systemic discrimination continues to reinforce the gender pay gap or to evaluate the possible impact of leaving the Customs Union on UK independent record labels. But just because discos are loud, dark and not conducive to reasoned debate, does this actually mean that dance music and politics shouldn’t mix? Or is the whole ‘keep politics out of music’ idea simply a way to avoid dealing with difficult issues?

This thing we do every weekend: the music, the DJs, the way we all dance together in a heaving mass on the dancefloor; we’re so used to it all that it’s easy to forget where it actually came from. Our scene was born from a need for community for people pushed to the margins of society. So much of dance music culture — mixing and beat-matching, long DJ sets, warehouse parties, promos, re-edits, gathering together to dance in communion under a strobe light, was mostly generated and driven by the largely black and Latino LGBTQ underground of ‘70s US cities. The dancers, promoters, DJs and clubbers who created the early disco club scene, which eventually developed into house, always placed music at the very heart of what they were doing, as a uniting force that brought all the outsiders together and gave them a home, a family, regardless of race, age, sexuality or gender.

The subsequent success of disco on a commercial scale — alongside a seemingly perceived threat of this ideology of inclusivity — lead to the mob mentality that gathered behind American radio broadcaster Steve Dahl’s infamous 1979 Disco Sucks campaign, which culminated with crates filled with disco records being blown up on the field during a break between a Chicago White Sox baseball game at their Comiskey Park ground. It was an event that Chic’s Nile Rodgers subsequently likened to the Nazi’s 1933 book burning campaign. 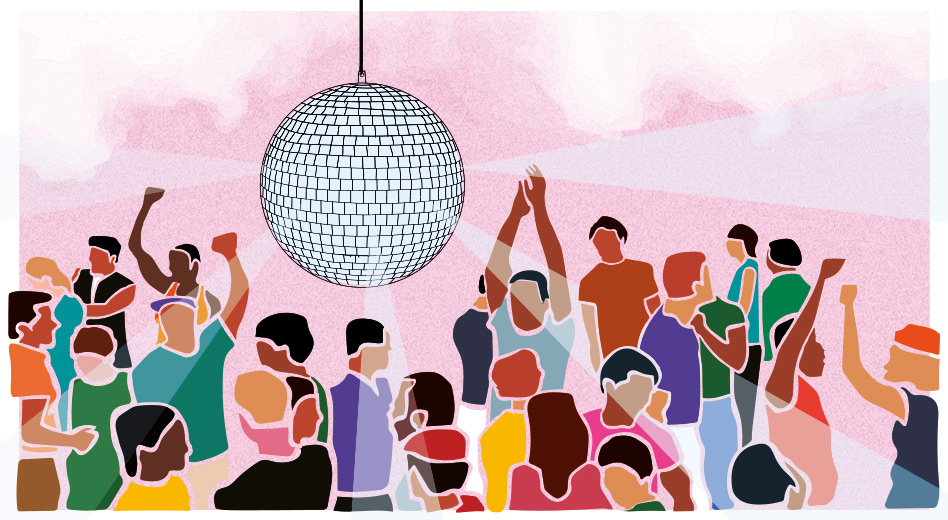 But the ethos of inclusivity that disco was founded on has shaped the character of dance music culture ever since, and underground dance music scenes have continued to provide community for those who still feel that they are on the outskirts of society. And this isn’t just old history: only last year clubbers in the Georgian capital Tbilisi took part in a huge spontaneous protest-rave outside the Georgian parliament building, in protest at heavy-handed police raids on the queer-friendly Bassiani and Café Gallery nightclubs. In a strictly conservative society with harsh drug laws and societal homophobia, clubbers took the fight directly to the government. To the accompaniment of techno blasting from soundsystems on the street, they were united by the slogan “We dance together, we fight together”. Try telling the clubbers of Tbilisi to keep politics out of dance music.

Here in the UK, DJs clearly believe in the transformative power of dance music too, with the DJs For A People’s Vote Party sound system at the anti-Brexit protest in March this year including huge names including Midland, Eats Everything, Norman Jay and Octo Octa. These artists demonstrated the power of dance music to mobilise the community around our shared values of collectivism, tolerance and inclusion: the values that grew from the roots of house.

Politics has always been a part of dance music. Techno introduced a revolutionary aesthetic that has often been conceptualised as a reaction to inner-city decline and decay and the socio-economic position of the black community in America. Techno was social commentary via the 909, uncompromising, oppositional music. Second-wave techno activists: the fiercely anti-corporate, anti-commercial Underground Resistance, didn’t just pick their name out of a hat, it was a conscious decision. Their ‘Message To The Majors’ release was dedicated to Malice Green, a black motorist beaten to death by white police officers in Detroit and has the following text on the record label: “All murderers on the Detroit Police Force — we’ll see you in hell!”

We couldn’t keep politics out of dance music even if we wanted to. When acid house first broke in the UK, the Conservative government was determined to contain and control it and the UK free party scene too. In 1992 there was a huge gathering of travelling soundsystems at Castlemorton, with an estimated forty thousand attendees dancing to ten sound systems including Spiral Tribe and DIY. It was the peak of the free party scene in the UK and turned out to be the rave that changed the law. Within two years the government had bought in the Criminal Justice and Public Order Act 1994, which specifically outlawed outdoor parties, literally legislating against our culture, with the now infamous definition of music which “includes sounds wholly or predominantly characterised by the emission of a succession of repetitive beats”. 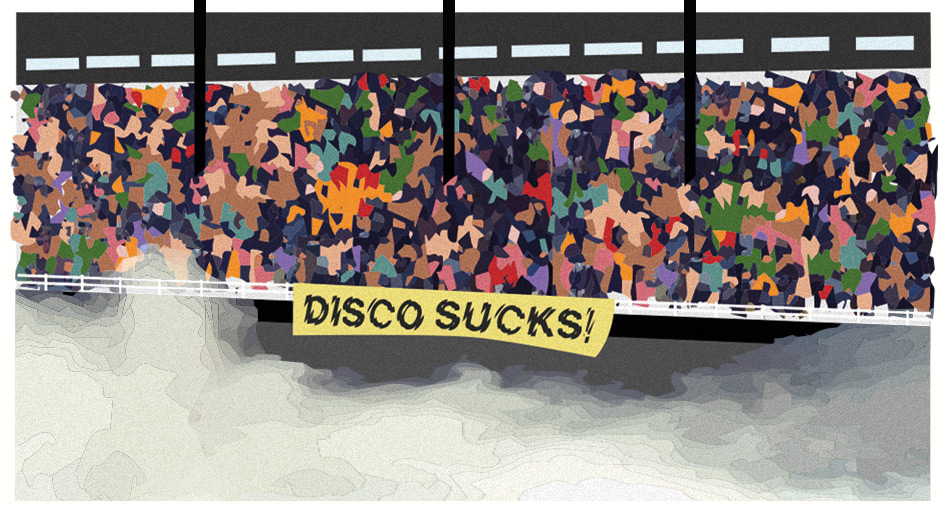 For most participants, acid house was less a political choice and more just simple hedonism, but even the act of staying up dancing all weekend and having to skip work on Monday is political. It directly contravenes the needs and wishes of the governing classes who want you to keep your head down, go to work all week and consume products you don’t need in order to keep the system going. They certainly don’t want you going to the rave, having a communal epiphany and realising that we are all at one with the universe and that there might be more to life than a 9 to 5 grind and mindless consumerism. Our dance music culture bucks the status quo; hedonism is a political choice.

Has your local nightclub closed because of noise complaints? Do you have opinions on drug testing at clubs, or on the gender or race balance of festival line ups? Would you like to be able to DJ or rave around Europe with ease? These are all political issues. Even dancing itself is political: there are some places in the world where it’s dangerous, even illegal, for women to dance in public. Life, however much we would like to retreat and pretend that it isn’t, is all about politics.

Remember Chuck Roberts’ famous words? “Not everyone understands house music…You may be black, you may be white; you may be Jew or Gentile. It don’t make a difference in our house.” This egalitarian ethos has remained at the very heart of dance music culture ever since its inception and all of us owe a huge debt to the disco and early-house pioneers. To deny the place of politics in dance music is to reap the benefits and pleasures of LGBTQ and black and Latino US culture, whilst simultaneously diminishing and white-washing what that culture stands for.

If you don’t want to engage in politics, that’s your choice — we’re lucky enough in the Western world that we have that option — but to actually argue that there’s no place for politics in dance music ignores both the reality of the past and the truth at the very heart of our scene: dance music was born political.

Want more? Check out our opinion piece on why clubs have a huge single-use plastic problem that must be fixed. Opinion
The word 'rave' has lost all meaning