Recognise is DJ Mag’s monthly mix series, introducing artists we love that are bursting onto the global electronic music scene. This month, we speak to New York’s purveyor of mutant club sounds, LSDXOXO...

LSDXOXO is a rare artist in the current electronic music landscape, having built a fervid following whilst making music entirely on his own terms. Although he’s been putting productions out under the name since 2014, this year’s ‘Body Mods’ introduced an urgent brand of mutant Baltimore club music which, although inspired by the genre, comes off as anything but pastiche.

Across its seven chopped and skewed sample-heavy tracks – which range from 130bpm to 160bpm and span sounds taken from Baltimore club music, as well as ghettotech, hardcore, footwork and more in their frenzied 30-minute assault – ‘Body Mods’ introduces the strongest release from a producer whose artist bio describes him as “deliciously confrontational".

“I wouldn’t say that I’m consciously confrontational with my music,” the New York-based DJ/producer counters whilst speaking to DJ Mag over the phone during a run of European shows earlier this Autumn. “It just happens that way. The fact that I’m a gay black man in a field typically inhabited by straight white men is confrontational enough at most times. I can’t help but spill a bit of my narrative into my productions — that narrative just happens to be a very sex positive, and socially radical one.”

The heavy breakbeats of 'Death Rattle' – a devastating edit of Mr. Vegas’ ‘90s smash 'Heads High' – has been destroying dancefloors across Europe through the summer. And LSDXOXO’s wild manipulation of mainstream sounds regularly borrows samples from popular culture, including everything from Black-Eyed Peas to Depeche Mode, and Tekken to Kanye West. 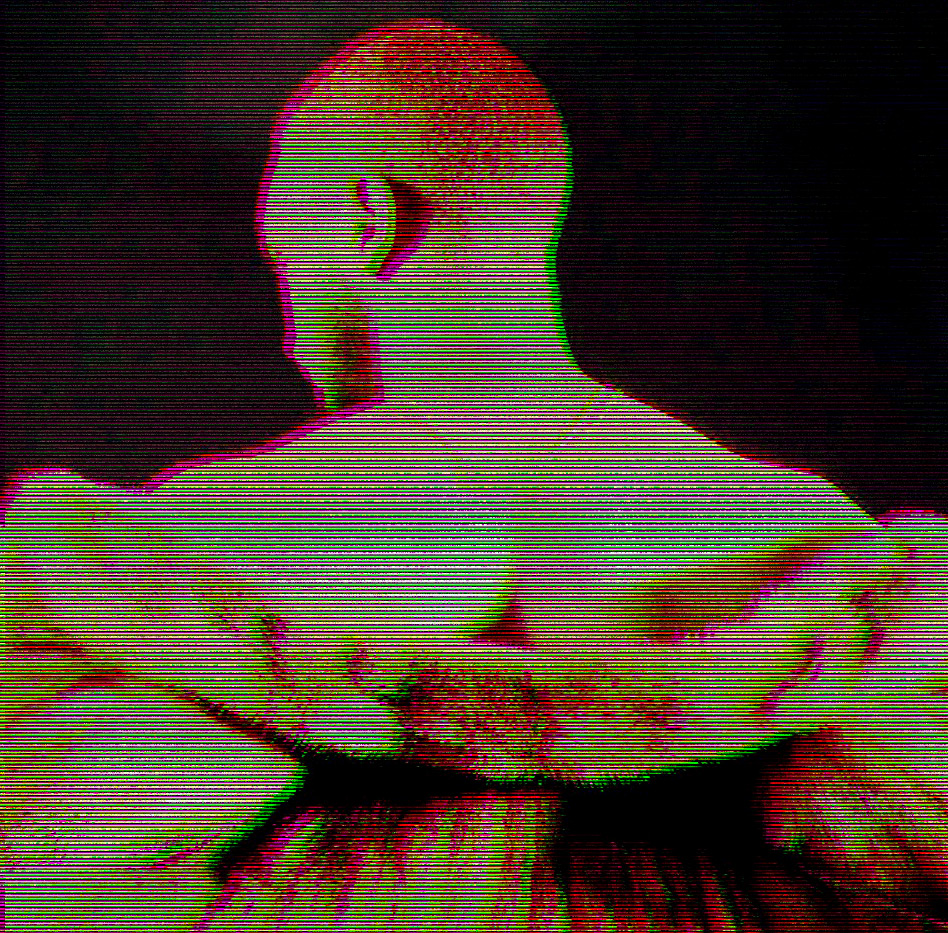 “Pop culture is certainly one of my main musical and creative influences,” he enthuses. “I enjoy taking a popular narrative, whether that may be a highly recognisable artist or song, or even samples from a TV show or interview, and flipping them on their head. I guess it’s a way for me to be socially and sometimes politically aware with my sound, without being so overly-conscious or heavy handed on the matter.”

But, did he ever think his music would cross over to bigger stages?

“I didn’t doubt that I have crossover ability, but it’s still quite intriguing to see these tracks played out in big arenas,” he explains. “I’m just happy that people aren’t put off by the freehanded nature of my production style, and are instead embracing it.”

Following the release of ‘Body Mods’ in January, LSDXOXO has had a busy touring schedule that’s seen him on the buttons at clubs across the U.S., Canada and Europe, as well as spin an Ashish runway show at London Fashion Week in February. “I do feel a bit more visible lately,” he enthuses about his year. “I’ve received recognition from artists that personally inspire me, and it’s beyond cool.”

Born in Philadelphia and relocating to New York as a late teen, he says the two cities have had a big influence on the music he makes. “I’d buy mixtapes of Baltimore club edits on my way home from grade school, so my exposure to the genre came quite early in life,” he explains. “Living in New York has taught me that identifying with just one genre as an artist isn’t necessary. There’s so much creative inspiration in the air, coming from all different backgrounds and narratives. 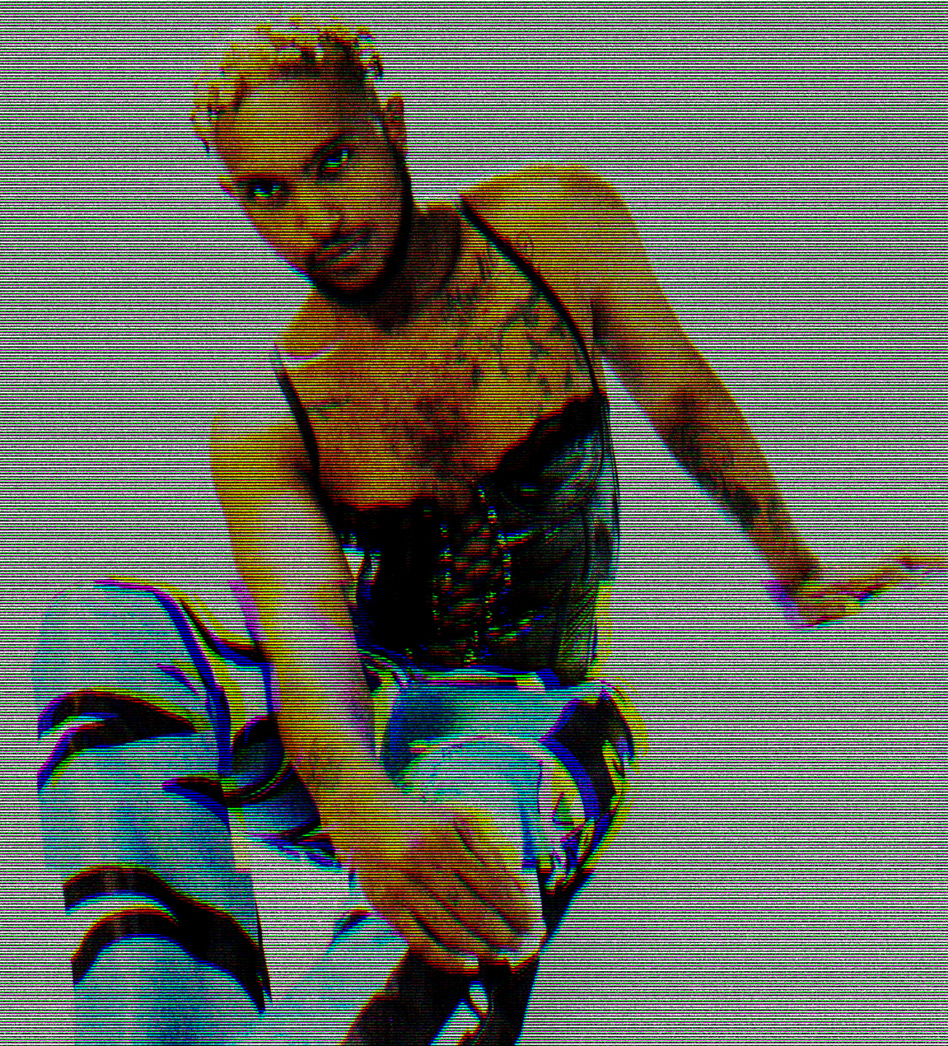 With his 2016 mixtape ‘Fuck Marry Kill’ landing on GHE20G0TH1K, LSDXOXO has maintained a close association with the New York club night and label. “Aligning myself with them came very organically,” he explains. “Even before knowing about the collective, I considered my sound very ghetto and very gothic. When Venus X heard my music, she expressed interest and asked if I’d be down to be involved. What really convinced me was the fact that she seemed to genuinely believe in me as an artist. That came at a time where I was a bit unsure of myself. I found great peace in being amongst other creatives that didn’t bother to tie themselves to certain genres, or any genre at all.”

Next year will see the release of an album that will sets aside his sample-focused work and feature purely original music – he says also plans to launch a new live show to take LSDXOXO to the stage. “I’m excited to be a bit more visible when it comes to presenting my sound,” he concludes. “Ultimately, I just want for my music to do for people, what good music does for me — allow for a moment of escapism and provide a certain feeling whether that may be deep and dark, or light and happy.”

For his Recognise mix, LSDXOXO has delivered a more linear sound than much that has come before from him, showcasing another side to his dexterity as a DJ/producer. All cut with references from pop culture, the ferociously propulsive mix ranges from rhythmic, percussive techno built on rolling kicks, through thunderous peak-time techno into jacking machine music built for basements that’s all interjected with the urgency of Baltimore club music.

Listen to LSDXOXO’s Recognise mix below.