On Cue is our flagship mix series, celebrating the pivotal DJs and producers whose influence has shaped the world of electronic music, both in their local scenes and beyond. This week, Toronto-based Chippy Nonstop steps up with an hour of high-speed club heaters, and chats about her new music, tackling the gender disparity in dance music, and making you comfortable with being uncomfortable

If you could only listen to one track, on loop, for an entire night on the dancefloor, what would it be? It’s a question that did the rounds on Twitter recently, and it’s one that DJ Mag poses to Chippy Nonstop. “Honestly? That sounds like my nightmare,” she laughs down the phone. “When I’m DJing, I can barely play a song for more than one minute.”

Chippy Nonstop wants her sets to sound and feel chaotic: loud, high-pitched, and played at breakneck speed. Spanning everything from techno, house and UK funky, to reggaeton and Bollywood, anything goes for Chippy if it makes you dance. (You’ll even find eerie choral harmonies in the opening bars of her On Cue mix, courtesy of Polish producer hæra.)

In the same way her sets might chop and change with abandon, it seems like Chippy lives a little chaotically in her day to day too. Her tweets, for example, are always in block capitals, and tend to feature wry quips about her day. “CAN’T WAIT TO OPEN A CLUB JUST SO I CAN BE PETTY AND BAN CLUB OWNERS WHO BANNED ME FROM THEIR CLUBS”, one recent tweet read.

Chaotic streak aside, Chippy Nonstop is getting stuff done. She’s an outspoken activist who’s fighting to change gender disparity in the dance music industry. Chippy has achieved a great deal in her 28 years, making music in one form or another since she was 16: singing, rapping, songwriting, producing, and DJing. She’s had to negotiate monumental life changes while doing so, too — in February 2015, having lived in the US since she was 11, Chippy was deported, and has been based in Canada ever since. 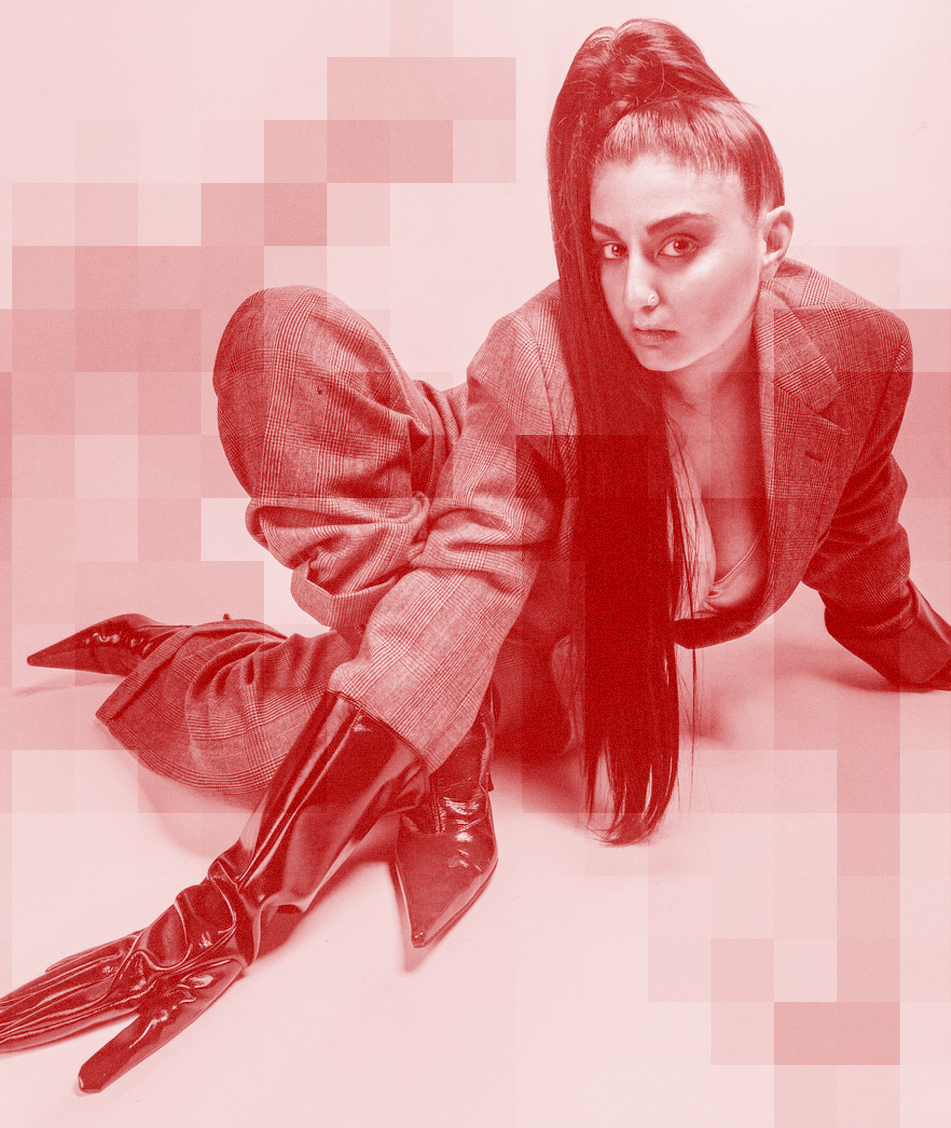 Chippy has recently returned from a six week tour around Asia, playing dates in China, India, Taiwan, and Vietnam. She considers the tour one of her all-time career highlights. “Every show was exactly what I wanted it to be,” she says gratefully. It’s been a turbulent few years for Chippy since her deportation. It’s only recently that she’s felt able to focus on producing again. “When you’re making music, money should never be your goal,” she says, “you’ll lose your creativity. I’m in a place now where I can make music without needing to rely on it for survival.”

With new music on the way (there’s an as yet unreleased collaboration with Genderfluid in Chippy’s On Cue mix), what can we expect from this new material? Ravey, playful, acid, club music, she says. “It’s the techno side of the spectrum, but not serious techno, not like the techno heads,” she adds, with a giggle.

Chippy’s affinity with high energy club sounds goes back to her childhood; her mum is a dance teacher, and she grew up in a household soundtracked by Bollywood music. Now, Chippy finds herself gravitating towards high synths, high vocals, and hard, hollow drums, and she thinks this is down to that Bollywood influence. Though hard hitting percussion and screeching synths might not be the sounds you’d naturally associate with Bollywood, she describes it as chaotic, high-pitched, and colourful - all adjectives you’d use to describe her music and her style of DJing.

Besides Bollywood, Chippy is influenced by contemporary pop artists like M.I.A and Santigold, and the murky underground sounds of Skream and Benga. She gets a kick out of anything with a hard-hitting bass line. A glance over the tracklist for this mix will tell you that much; Slick Shoota, Warlock, DJ Assault. She’ll incorporate Indian, Arabic, and Zambian sounds into her music, too, paying homage to the different places across the world that she’s spent time living in. When we ask her if Toronto has influenced her sound however, it’s a resolute no.

“It’s pushed me to push other people, to test their ears and limits,” she says, “I want to push people of colour to realise that there’s other sounds beyond the music, like dancehall, that they think is the music that’s made for them.” In the interest of championing new sounds in the city, Chippy hosts a party called Pep Rally. In the last year, Pep Rally has hosted shows from AceMo, Total Freedom, Ariel Zetina, Jubilee, LSDXOXO, and DJ Lag; a handful of the artists at the forefront of high energy, bass-heavy, leftfield club music.

Before she moved to Toronto, Chippy was living in Vancouver. It was the closest place she could get to from LAX on the day of her deportation. It was there, courtesy of a scene heavy with “gatekeeper-y” older men, that the Intersessions initative was born. Chippy and her friends wanted to find and build their own community in the city, but they wanted to do it in a way that felt more meaningful than a straight-up party, and so blossomed the idea of hosting DJ workshops. Intersessions “focuses on the gender disparity in dance music and teaches women and queer folk how to produce, how to DJ, and about a bunch of other topics that surround being a freelance artist.” 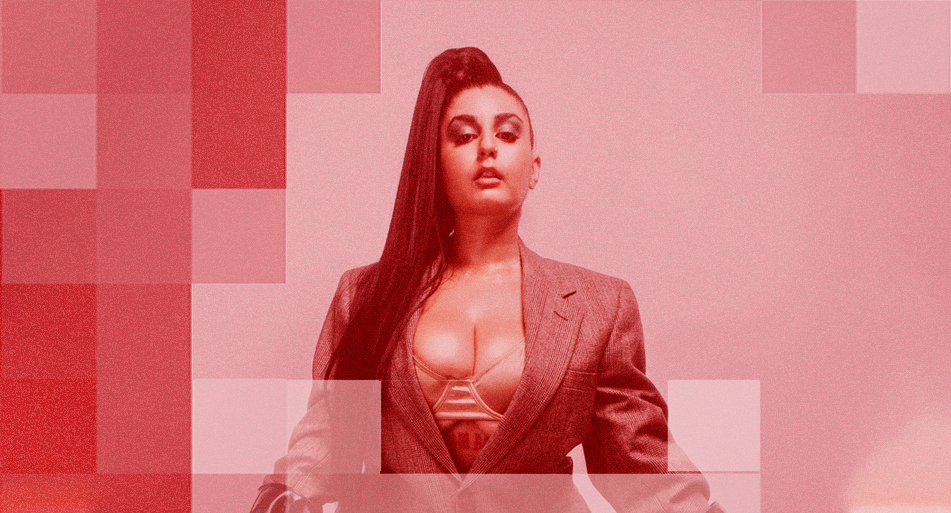 These formative sessions, for which they had to beg and borrow every last piece of equipment, have been running for three years now. In late February, Intersessions will celebrate the anniversary by hosting a workshop in collaboration with SoundCloud. “I saw how Intersessions brought more women of colour and underground artists into the city,” she says of Vancouver, “there’s power in numbers, and I couldn’t wait to do that in other cities.”

Discwoman’s Akua attended Intersessions in New York, Stacey Sexton honed her craft at the sessions in Toronto, and object blue attended the programme in London. These burgeoning artists are the proof of concept, asserting the value of Chippy’s work and dedication to her scene. She finds great pleasure in helping others, and experiencing the way that pockets of each city’s scene reinvent themselves as a result of her work.

Chippy wants to have fun and dance, and wants people on her dancefloors to feel comfortable, safe, and free. Her perfect party means a party across varying spaces; “different rooms for different highs!” she laughs. “I want different sounds, different lighting, physically and sonically lighter rooms and darker rooms. I want a respectful space, diversity in the audience, and for the party to be wholly unpretentious.”

When DJ Mag asked Chippy Nonstop what we could expect from her On Cue mix, she responds with: “Complete disorder and confusion [fittingly, this is how the Cambridge Dictionary defines “chaos”] contained into one hour. [To] make you comfortable with being uncomfortable. Melodic disturbance. Fast frenzy.” A roller coaster teaser ahead of the release of her new material later this month, it’s an hour of organised chaos; 22 peak time heaters that show off her playful energy. Check it out below.

Want more? Check out our recent On Cue features with Parris and François X