“Dance is a big part of my expression as a DJ,” says Juba. “I dance behind the decks, and want people to dance very hard when they listen to me play.”

When so much contemporary dance music seems more focussed on big stage productions and light shows than it does on, well, dancing, hearing a DJ like Juba play is joyous. In this time of crisis, when so much of our experience of music is limited to the confines of our homes, listening to something that so confidently awakens a sense of movement is a blessing.

Luckily for us then, Juba’s Fresh Kicks mix does just that. Over the course of an hour, the British-Nigerian DJ joyfully mixes the radiant and percussive sounds of Afrobeats, kuduro, gqom and amapiano with some of the darker club sounds of the UK and Berlin, where she has lived since 2017.

“I enjoy the light dialogue in my set between the two worlds,” she says. “With South African gqom and Afro remixes often acting as the glue. It was a fun experiment to see how elements of acid, bass and darker electronic tracks blended into the African rhythms and I think the latter brought out a bit of funk in the former.”

Juba’s tastes have always been eclectic, growing up as a “certified indie kid” who always made space for “old-school hip-hop, r&b and pop”. Growing up in a Nigerian household, she says, meant that the sounds of Highlife and Coupé-décalé [a percussive style of music originating in Côte d'Ivoire] were omnipresent. However, it wasn’t until her teen years in the late ‘00s, with the emergence of West African Afrobeats and artists like D’Banj and P Square, that she felt stimulated and excited by music that spoke to her identity as a child of the African diaspora. “Suddenly we had our own authentic, younger, ‘cooler’ version of music that our parents played at home,” she says. “We no longer had to be represented by music from solely the USA and the Caribbeans.

“The impact of the rise of Afrobeats for a generation of African kids in diaspora shouldn’t be underestimated,” she adds. “Hearing music principally out of Ghana and Nigeria being celebrated instilled a sense of pride in us kids, who had grown up in a country where being African had never been cool. This had a big impact on my musical trajectory; I became engrossed.” 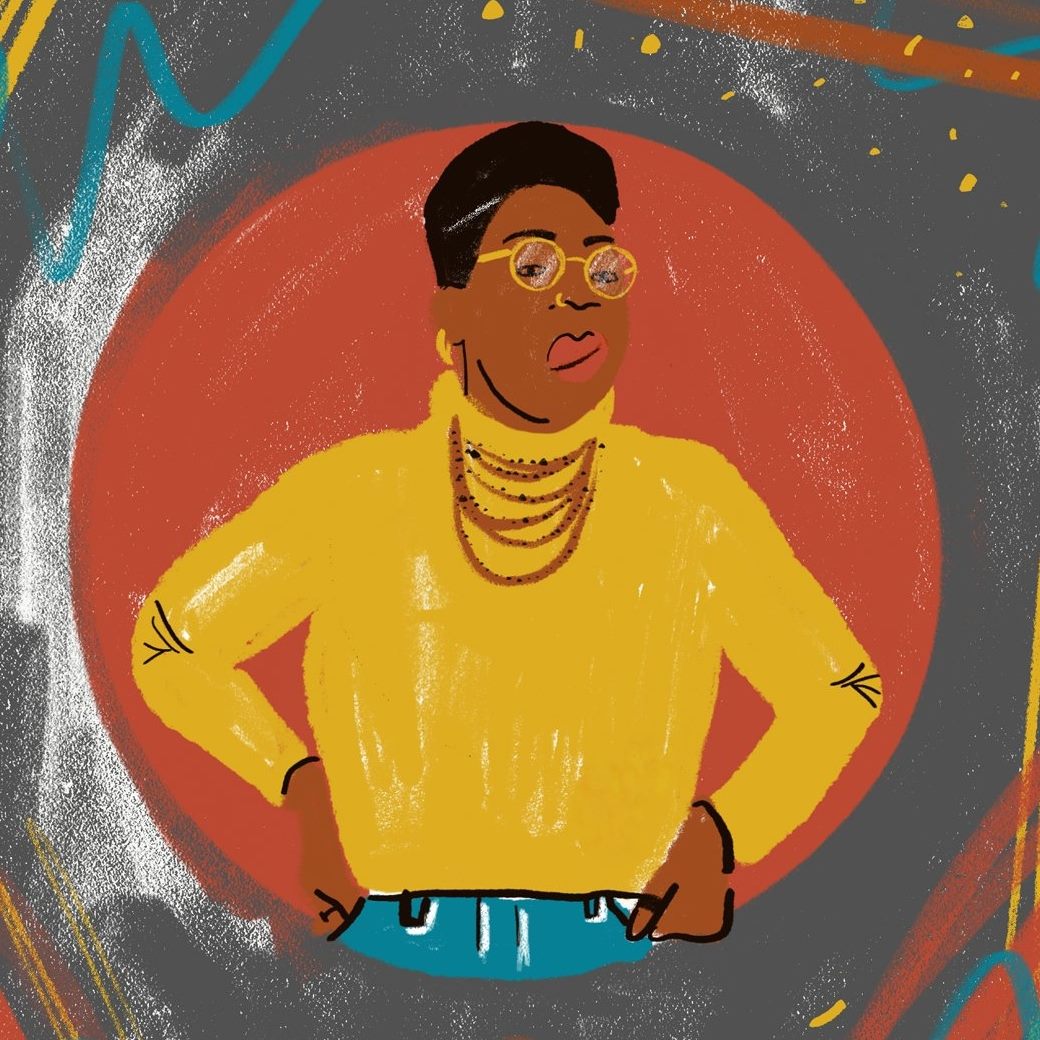 During a gap year in Ecuador in 2009, Juba immersed herself in clubbing, falling in love with the rhythmic Latin American sounds of reggaeton, bachata, cumbia and baile funk. Upon returning and going to uni, that passion for “music, movement and parties” prevailed and by her final year Juba was running a successful club night with a friend. However, it wasn’t until 2015, living life as a “cliché struggling graduate”, that Juba actually started DJing. A friend introduced her to London DJ Mina, who was starting a collective where women could learn to DJ and produce music. Taken under her wing, Juba cut her teeth as a selector and, soon, became the third member of the Boko! Boko! Collective along with Tash LC (another DJ Mag favourite). The rest, she tells us, is history, and Juba has gone on to play in venues such as London’s Jazz Cafe and  Grow, Berlin’s Panorama Bar, OHM and Yaam, and beyond, as well as co-curating a Keep Hush party in October 2019 with Boko! Boko!.

“The guidance and support [of Boko! Boko!] was crucial in helping me build my confidence and understand how to navigate promoters, clubs and other aspects of the industry,” Juba says. [It] afforded me the opportunity to play my first gigs and build skill and experience in a safe and non-judgemental space”.

“Afrobeats was the first sound that I played when I got behind the decks,” she adds. “My heritage as a Nigerian and an African who grew up in the UK is channelled through my sound, but I don’t limit myself and over the years my style has broadened immensely.”

Last year, Juba travelled to Nigeria to film Assurance, a documentary about women in Lagos’ electronic music scene, focussing on the stories of DJ Yin, DJ Ayizan and Sensei Lo and exploring “how class, gendered expectations and sexism in Nigeria impact their lives”. With explorations around the universality around women’s struggles, and the stigma surrounding mental health, the documentary was met with deserved acclaim, and is a medium that Juba is keen to work more in in future.

“Making the documentary in Nigeria was eye-opening for me,” she adds. “I have grown up around the culture and travelled home a lot, so I had an understanding Nigerian values, but there were gaps in my knowledge. The accounts of these Nigerians who live in Lagos made it clear that the treatment of women in the music scene is multi-layered; as much as they face obstacles and prejudices due to their chosen paths, there are many variables that decide the extent to which they’re impacted by these.

“One frequent take away for many viewers was the universal nature of women’s struggles. The accounts of these Nigerian were relatable to viewers all over the globe and people who watched Assurance in Germany and Austria (where I did screenings) were struck with how much the Lagosian DJs’ experiences resonated with them. It may present itself  in different culture specific forms and to various degrees of extremity, but sexism is something that all women, whether they’re from Austria, Germany, India or Cote D’Ivoire, are impacted by.”

As with everyone, the COVID-19 pandemic has put a temporary halt to most of Juba’s music related plans for 2020. However, as well catching up on “all of those mundane but incredibly rewarding things that adults do” since lockdown, she has adapted, embracing the digital wave and taking part in various live streams and doing her regular show on Cashmere Radio.

“It’s important for the industry, and morale, to do this,” she says. “But I do look forward to the time when we can go back to the irreplaceable real life experiences.  I foresee some long term changes to the industry and the ways we consume live music and tour as artists and DJs. I don’t think that this is the end of the adaptation process. It remains to be seen if these long term changes are for better or for the worse, but either way we have to make it work.”

Looking ahead, Juba is planning more documentary work and musical projects — a spoken skit she recorded for Gafacci’s EP ‘Face The Wall’ appears at the start of her Fresh Kicks mix. “I don’t produce yet, but that’s as close as I’ll get to my own track for now and I find it funny, so why not?”

“I’m privileged to live alone and can self isolate in relative peace and comfort so I’m in a good space mentally,” she says. “Therefore I’m keen to be productive. I know it would make me feel better to come out of this whole situation with something to show for my time in lockdown.”

That positive outlook and drive to keep moving is captured perfectly in Juba’s Fresh Kicks mix, which you can check out below. 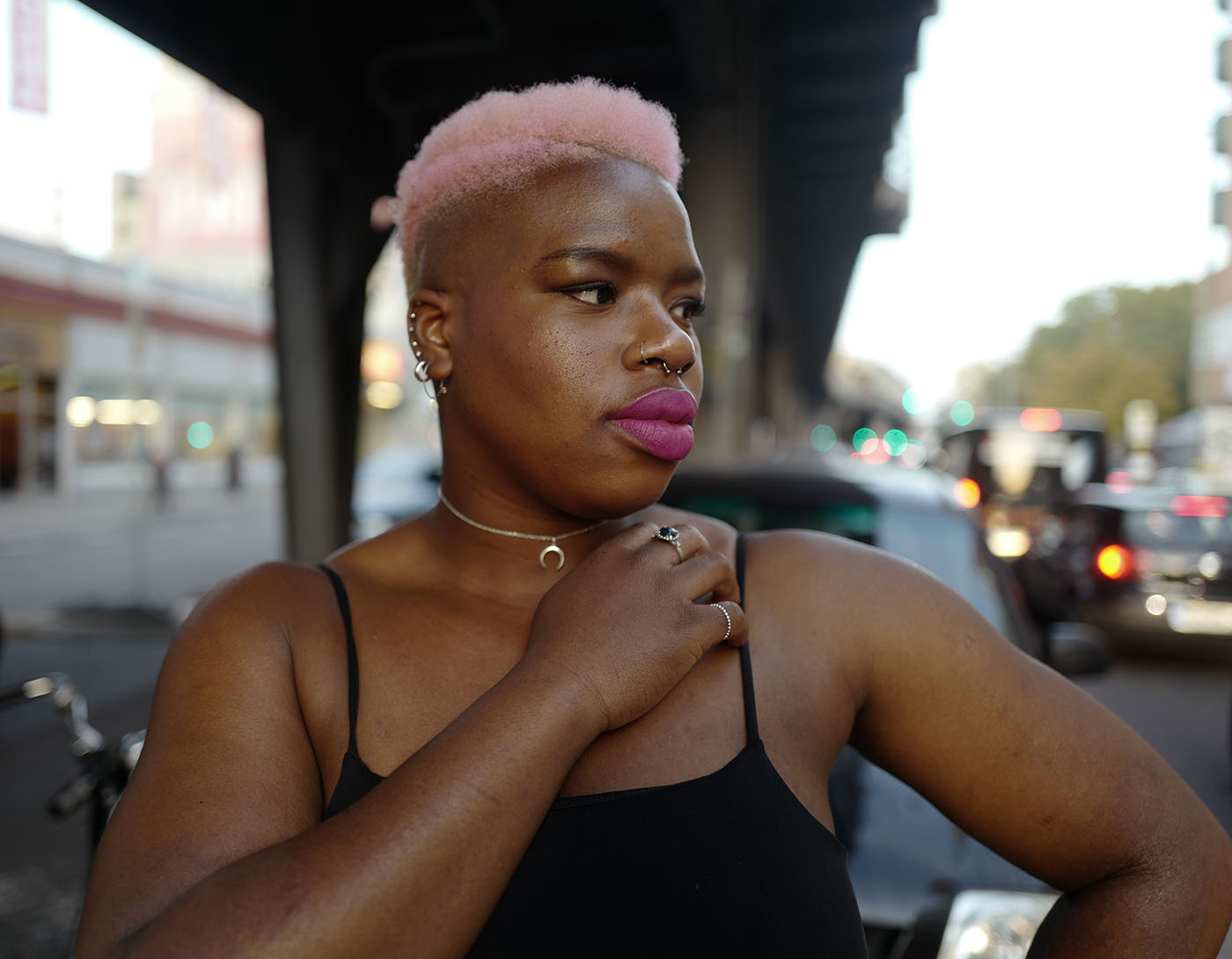 Favourite album to relax to?
“Solange Knowles ‘Seat At The Table’”

What record is top of your wishlist?
“Flora FM ‘EXOTIC005’”

Want more? Revisit our Fresh Kicks mix with Kampire, and read about the unreleting sound of Kuduro here