These are the Top UK club events in December 2019 | DJMag.com Skip to main content

These are the Top UK club events in December 2019

Half Baked 10th Birthday, On Rotation, Room 237 and plenty more parties to round off your 2019

Confusion seems omnipresent in Britain right now. Rest assured, though, we’re not in the business of misinformation, as the top UK events in December prove faster than you can say fact check.

No duds or false flags in London and the South, then. Half Baked’s epic two-day birthday takes the lead, but you could do far worse than Tribes at The Cause, too. The not-for-profit venue had been preparing to move but can now thankfully stay put, meaning the minimal techno of Masda, UK rave of Pangaea and tough grooves from Hamish & Toby will be more celebratory than reflective.

Manchester’s Marcus Intalex Music Foundation is in the capital — dnb dons doffing hats to a lost dnb legend and raising money for a new educational institution in the north. Instra:mental, AKA Boddika and Damon Kirkham, play their first set together in the city for three years. Another exclusive is happening over at Printworks, too, as DJ Stingray and Marcel Dettmann step up for their debut b2b amid a day of techno titans.

Heading North, we’re delighted to rank On Rotation as #1 for the month — the Leeds party always represents quality next-gen players and this party is no exception. Also in Yorkshire, Hope Works gets the tinsel out for its Christmas bash, the fact Batu is joining Objekt suggests something special for Sheffield that night, with Ifeoluwa and lord of the manor Lo Shea in support. Check the latter's DJ Mag Podcast from 2018. And in Manchester, Underworld are down for a live set at The Depot, which should be spectacular considering they have been releasing a track a week this year.

Scotland’s Animal Farm remains one of the country’s prized techno institutions. For the 15th anniversary the crew get ghostly atmospheres and ferocious drums from Surgeon. EBM-tipped tones also confirmed from Berlin emergent Peryl. And in Northern Ireland 25-year-old Thompsons Garage, Belfast, has the honour of deep solids via Correspondent boss Jennifer Cardini. Homegrown talent Cyence, who just released on said label, gets involved, too. 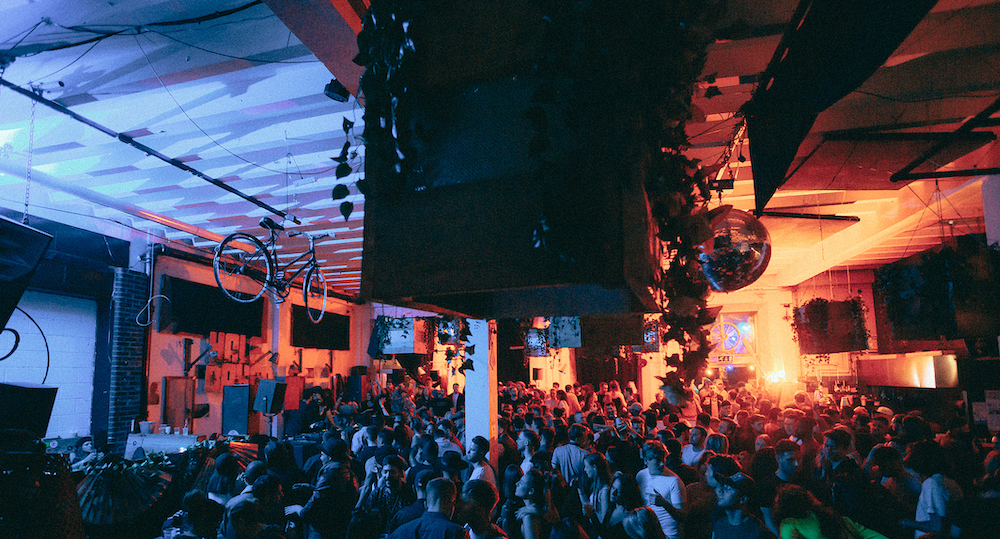 1. 10 YEARS OF HALF BAKED — BIRTHDAY CELEBRATION PART 1 & 2
SATURDAY 30TH NOVEMBER & SUNDAY 1ST DECEMBER
STUDIO 9294 & FOLD, LONDON
Plenty can change in a decade, but not when it comes to Half Baked. Consistently throwing top drawer parties for ten years, backing their well-deserved anniversary celebrations was always going to be compulsory. Especially when the gathering in question involves no less than 19 hours of quality action across two London venues.

Kicking off at Studio 9294, the line-up breaks down like this— house stalwarts Move D and Guilhem Monin head up one room, with the second rig set to sound much techier by way of Voigt.Mas (Voigtmann b2b John Dimas), The Ghost and Robin Ordell. Those looking for tougher tones should concentrate on room three, where Sonja Moonear, Praslea, Dan Andrei and Greg Brockman lay down some pared-back chug. Come 6AM the action switches to the UK capital’s finest roll-through address, FOLD, where guests will be kept under wraps until doors open. How’s that for a birthday surprise?
10PM - 6AM, 6AM - 5PM / £30 - £25, £10 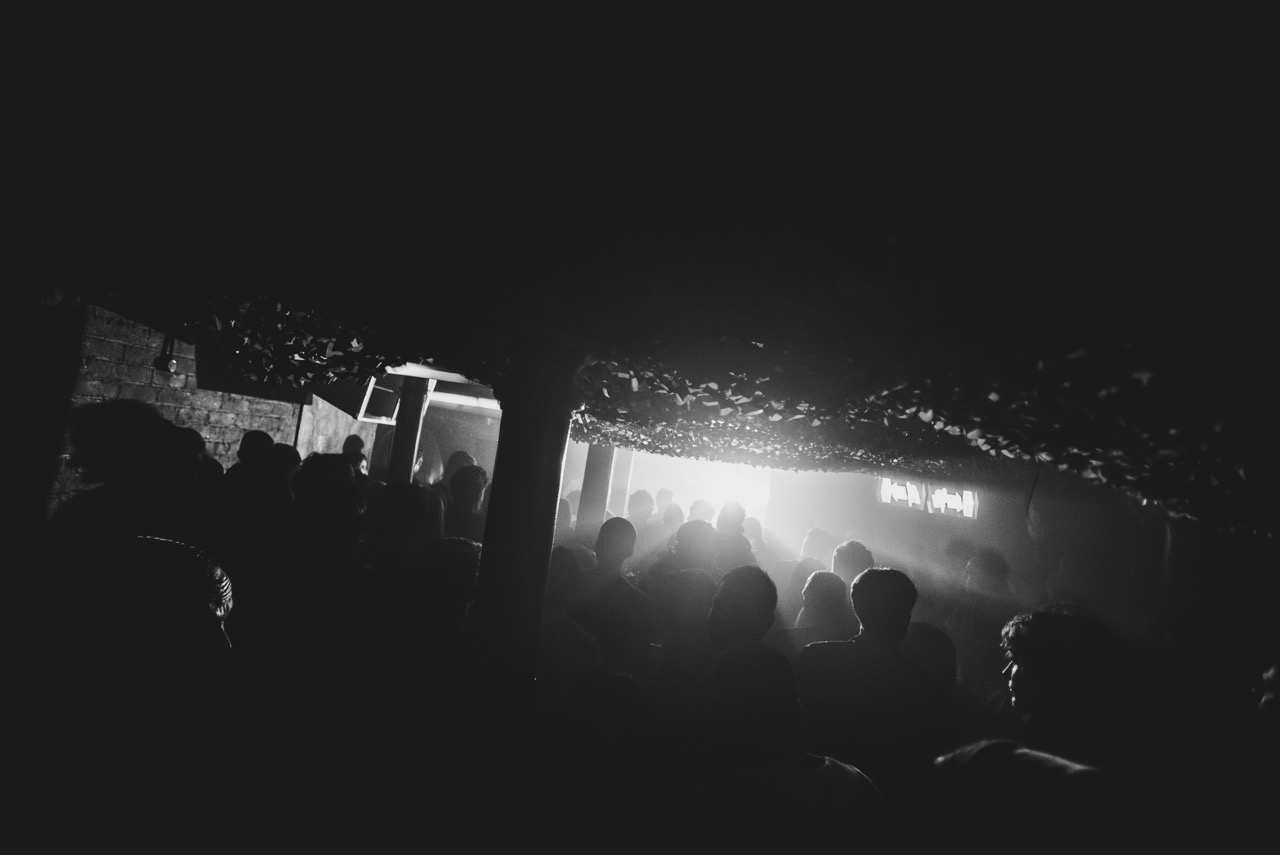 1. ON ROTATION
FRIDAY 6TH DECEMBER
WIRE CLUB, LEEDS
The crew behind On Rotation have made a lot of noise throwing anything they can behind the brightest and best from the UK underground since 2014. Plenty of parties on their books, with this edition easily one of the stand out instalments from that storied history, with three exceptionally talented names drafted for what should be a compelling night of electronic beats.

Forest Drive West can do little wrong in our eyes, affiliations with Livity Sound and Whities only telling half the story about a guy who can seamlessly flow from techno to jungle before diving down avenues we can barely describe. re:ni is also here, one of London’s brightest emergents. Finally, no stranger to the Leeds crew, Chekov holds it down for the local scene, a DJ and producer who spans broken glitchy steppers, warm ambience and punchy futurism. Full marks to say the least.
11PM - 6AM / £6 - £10

1. ROOM 237
FRIDAY 6TH DECEMBER
THE LOCO KLUB, BRISTOL
Bristol’s Room 237 clearly know exactly what time it is with this showcase of wildly varied sounds. From smile-inducing rave-y mayhem to intelligent electro and slamming techno, by way of jungle-infused rollers, tonight’s line-up pretty much defines where the UK scene is right now. As such we implore you to get involved.

If you’ve still not seen Truss & Tessela’s incredible Overmono live project then there will be few better opportunities to catch them doing what they do best—sending a multitude of rhythms careering into one another without sacrificing flow. Claro Intelecto should need no introduction, with his back catalogue stretching back from this year’s ‘In Vitro’ all the way to 2003, releasing for the likes of Delsin and Modern Love along the way. Fresher than fresh, IMOGEN is now firmly established as a go-to name in modern, forward techno, while residents White Peak make new moments of genius from old school roots, so don’t miss early doors.
10PM - 4AM / £8 - £15