In the first of our geographical deep-dives into 2019’s Top 100 Clubs poll, we explore the best dancefloors in Latin America – as voted by you – and discover open air clubs in the rainforest sitting side by side with intimate LED clad basements....

Santa Catarina in southern Brazil has been the boom state of the South American country over the past 20 years. Its mix of fine beaches, idyllic islands, lush vegetation and newly-erected skyscrapers have made it a premier tourist destination.

In 2007, some enterprising locals decided to throw a party in the middle of the jungle — well, a valley, to be precise. A green one. Looking to deliver “a unique experience at a unique location”, they booked techno legend Carl Cox to headline their first event. It went so well and created such a buzz that they began booking other top DJs such as Tiësto, and developing the infrastructure to make it a more permanent spot.

Within three years, Green Valley had shot into the Top 100 Clubs poll at No.27, and within another three years, it was the world's No.1. Quite a meteoric rise! Staying in the top three of the chart all decade, it scooped the No.1 slot again last year and has retained its title in 2019.

Open since 2013, Bogota's Baum club has continued to thrive, with a raft of world-class bookings for the intimate, 900-capacity club space (many reckon it to be one of the best-equipped club spaces in South America).

Situated just outside the resort of Porto Belo on Brazil’s southeast coast, open-air venue El Fortin has become something of a Brazilian clubbing institution since opening its doors back in 2006 — though this only partially explains the venue’s frequent appearances towards the top of our annual poll.

If you drove past El Fortin during the day, you wouldn’t think it was anything other than a collection of old out-buildings nestled in a tree-lined hillside. Yet at night the venue comes alive, with up to 6,000 clubbers able to dance indoors and outdoors to a mixture of leading Brazilian DJs and international artists.

The club’s greatest calling card is undoubtedly its unique main room: a giant wooden beach hut-come-pyramid equipped with a weighty Funktion-One soundsystem and a ground-level booth that ensures maximum interaction between headline DJs and the crowd in front of them. 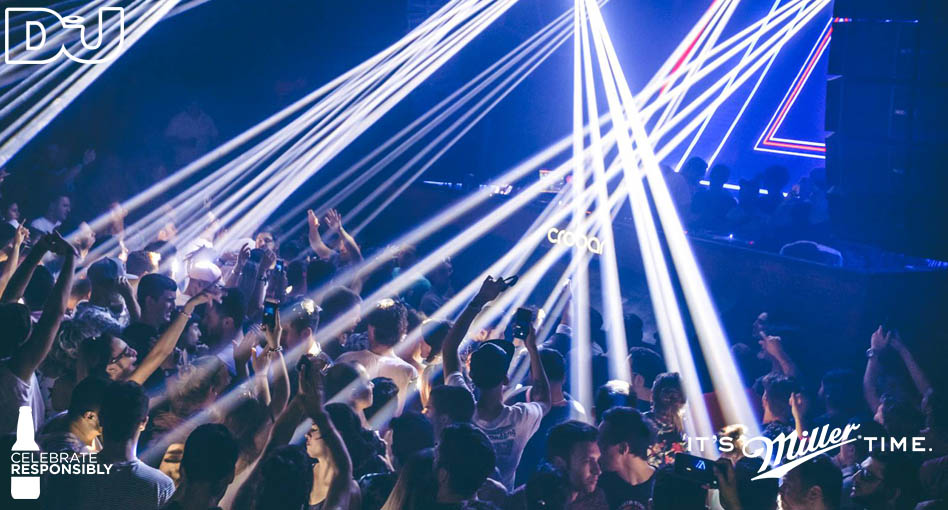 Crobar is arguably Argentina’s most famous club, so it’s a surprise that 2019 is the first time they have ranked in our annual Top 100 Clubs poll.

Cocoon have held parties here in the last year, with guests such as Seth Troxler, Mind Against, Francesco Del Garda and Green Velvet also bringing real quality to the booth and no doubt helping force their debut in the ranking.

The stylish and spacious club has a large main room with an LED ceiling and walls of lasers down each side. The booth is raised up at one end and there is also a plush area to chill in under an arched ceiling. The modern, industrial aesthetic attracts a younger crowd on a Friday, then a more mature clientele on Saturday. 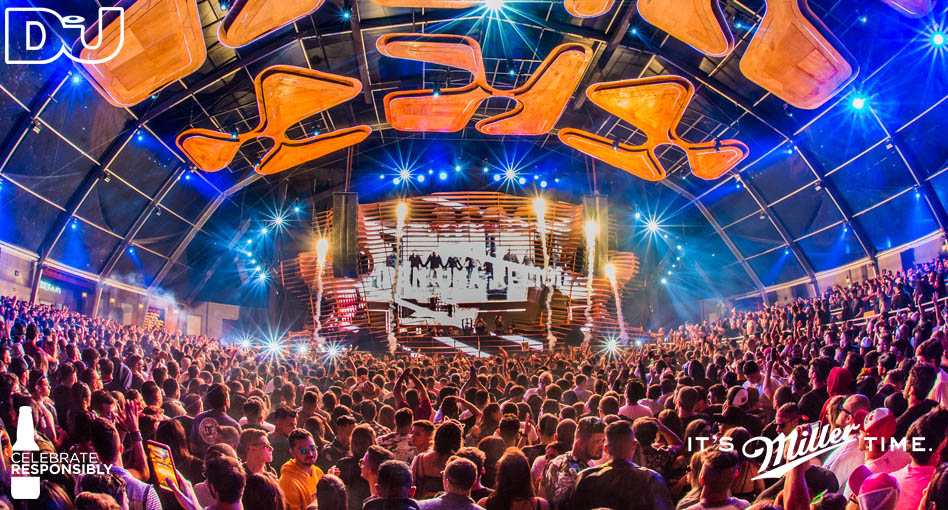 Laroc Club is nestled in the rolling green hills of Valinhos, about an hour outside of São Paulo. It is a stunning open-air venue with a vast pool, some beautiful architecture and stunning views over the mountains. It has just one main stage, a quality L’accoustic system and hosts 5,000 party people.

Part of the appeal of the club is that it kicks off the party mid-afternoon and invites DJs to start early and play as the sun sets into the hills. That obviously makes for some pretty special moments, and in the last year Kölsch, Armin van Buuren, Solomun and Brazilian superstars like ALOK and Vintage Culture have headlined.

“We party just once in a month, so every opening is special,” says the club’s Mario Sergio Albuquerque. “But our most important nights are carnival and our anniversary in October.” Now four years old, the club prides itself on residents Cajun and Viktor Mora, who really know the crowd and can open, close or play in the middle of the headliners, and always serve up the goods — just another reason Laroc is so revered. 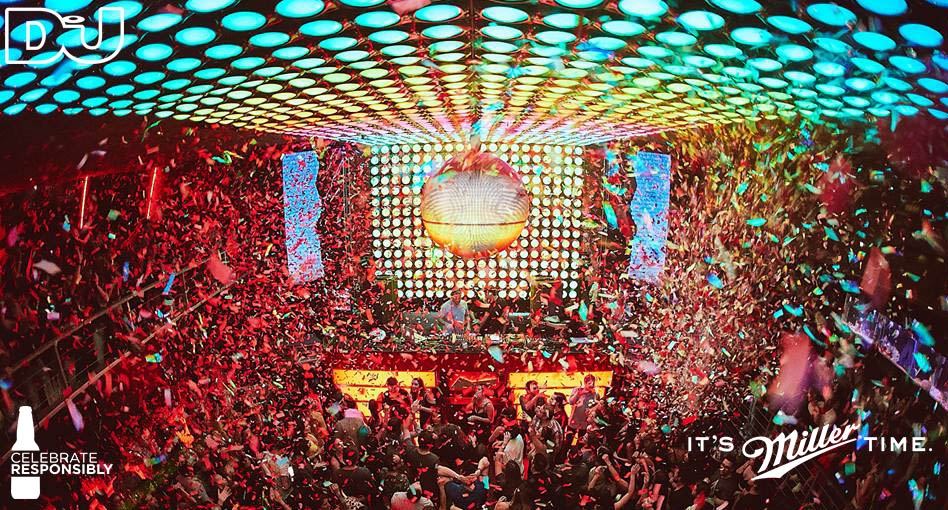 Any club that helped give the world Ricardo Villalobos and Luciano can do no wrong in our eyes. A Chilean mainstay for 20 years, La Feria in Santiago continues to lead the way in the country, with the club pulling in big-hitters like Sasha, Maceo Plex and Carl Cox — all the more impressive when you consider its intimate 300-person capacity — and the new breed of DJs like Amelie Lens and Josh Butler.

The club is powered by Funktion-One, and the main floor is wrapped in a surrounding LED screen. The sleek club also has a hidden second bar if you’re lucky enough to find it...

Located in Sourthern Brazil in Santa Catarina, Warung was established in 2002 with one of the most unique mindsets in the world of electronic music. Surrounded by pristine rainforest and built almost entirely out of “wood and straw, with only the bathroom and kitchen built in masonry”, the Warung team’s appreciation and respect for the natural environment creates a venue and atmosphere that is unrivalled in the nightlife scene.

But don’t let the eco-friendly aspects of the club skew your thinking. Warung is a two-tiered, top-of-the-line event space hosting some of the biggest DJs and events in the world. From collaborations with Fabric, BPM festival, and other well established electronic music brands in addition to their annual Warung Day Festival in Curitiba, the Brazilian mega-club is nothing short of world class. With a must-see, inclusive, earthy vibe that is undeniably special in a world of concrete superclubs, Warung has well and truly earned its consistent placement in the Top 100 Clubs poll.

What Lost Beach owner/creator Kami has done to the Montanita town in western Ecuador where Lost Beach Club is based is little short of revolutionary. Before he rocked up there a decade or so ago it was just “a small hippy surf beach town”, but Kami helped install proper street lighting and other bits of infrastructure and now the town is abuzz. The Lost Beach club itself is a revelation. The principal outdoor main floor, fully Funktion-One’d up, gives way to the indoor The Cave at 4am — an amazing, intimate room to play — with a series of labyrinthine rooms being added to all the time (The Baby Cave is the latest).

All around the club is a series of 3-D murals painted by Ecuadorian artist Ivan Casanova, who has been painting virtually non-stop for six years. If you put on special glasses, the art pops out at you like a 3-D movie. This is just one of Lost Beach’s many draws. When you hear that the likes of Latmun, Lee Foss, Fur Coat, Bushwacka! and Solardo name Lost Beach as one of their favourite places in the world, you get a good idea of what’s in store.

When D-Edge opened just after the Millennium, it gave the expansive Brazilian city of São Paulo — and indeed the whole country — a welcome injection of a futuristic club vision. Adorned with LED panels everywhere, it quickly became a must-visit for touring international underground house and techno DJs (as well as helping incubate the thriving homegrown Brazilian scene), and as the building has expanded in recent years to accommodate additional space, it has remained so.

The brainchild of DJ/producer Renato Ratier, it remains one of Brazil’s most significant and much-loved clubs — as its jump up the Top 100 Clubs rankings this year again demonstrates.

Otcavia (pictured top) is the largest club in the Colombian capital and is hidden in a five storey building. It has a geometric design concept with modern styling and is a place to catch the likes of Guti, Matthias Tanzmann and Nick Curly. The DJ booth is elevated at one end of the room, which makes for a sermon-like atmosphere as confetti explosions rain down from above and subtle lasers cut up the floor.

Because the walls of the club are 50 centimetres thick and covered by 4,200 pyramid-shaped foams, the smartly designed Octava has no issues making it loud!