2016: THE YEAR IN DANCE | DJMagAdmin.com Skip to main content

For better or worse, 2016 has been a whirlwind year.

The world seems to have crammed about a decade’s worth of news into a mere 12 months and we’re mightily pleased we only have to deal with the section marked ‘electronic music’.

As if the winter blues weren’t bad enough, the year kicked off terribly with the death of music icon David Bowie. The loss was felt universally, nobody could believe it had happened, let alone that it could get worse.

On a more positive note, sweet manufacturers Haribo launched a range of ‘DJ-themed’ sweets, there was new music from Underworld, and DJ Mag’s own year began with Maya Jane Coles gracing our cover after scooping a well-deserved win in the Best Producer category at our 2015 Best Of British Awards. 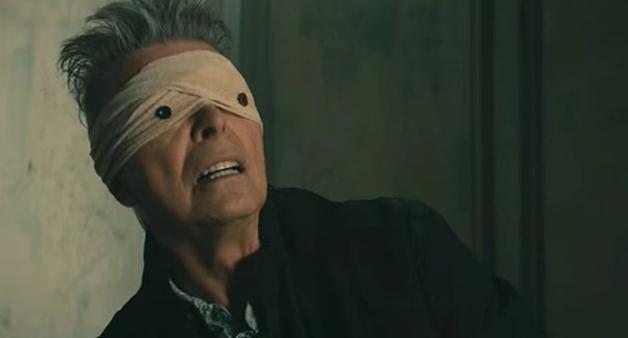 Following some downright ignorant comments about women in dance music from some acts in our 2015 Top 100 DJs poll (no Frontliner, women don’t spend “too much time in [cosmetic store] Sephora and too little time on producing”!), we dedicated our February issue to highlighting the female pioneers of our scene.

This month also brought the return of drum & bass vets Roni Size and Krust’s Full Cycle label, but left trance legend Paul van Dyk fighting for his life after falling through a stage in Utrecht. Thankfully he pulled through and recently relaunched his VONYC radio show — go Paul! 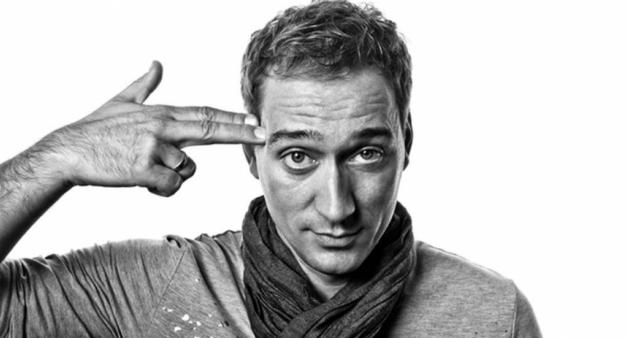 Elsewhere, Chicago’s Teklife crew (finally) launched a label, beginning with a posthumous LP from the godfather of footwork, DJ Rashad, and Carl Cox and Jon Rundell’s Intec imprint celebrated its 100th release, which Coxy dedicated to his mum! 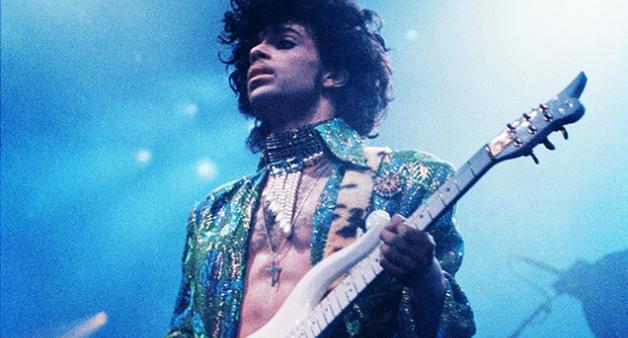 Now, remember when we mentioned things getting even worse after the death of Bowie? Well, before grieving for the Thin White Duke had even begun to taper off, April came along with big, filthy boots and stomped on us all again. Prince died.

The Purple One’s influence on dance music, particularly disco, is (like Bowie’s) unmeasurable, and the world was once again a darker place. 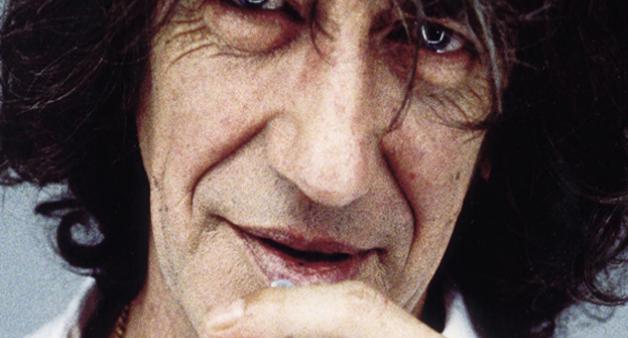 May was decidedly brighter. DJ Mag let the party poppers fly with the release of our 25th anniversary edition, while the making of Human Traffic 2 was announced. 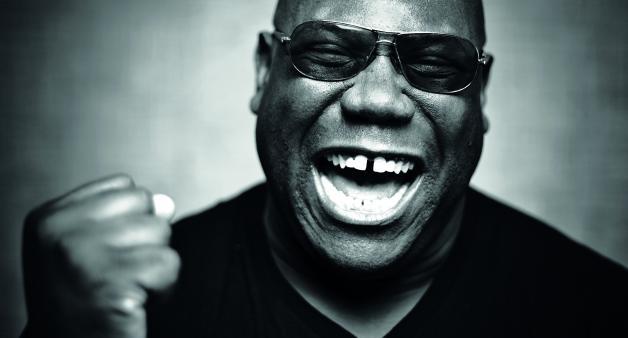 Meanwhile, Coxy brought repetitive beats aplenty to the Houses Of Parliament, raising money for the Last Night A DJ Saved My Life and War Child charities while he was at it. 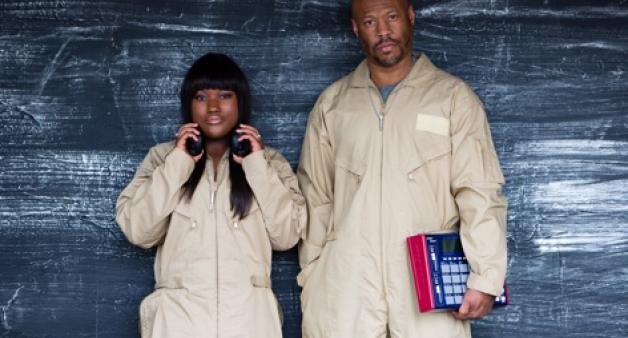 He wasn’t the only techno titan making news either; Robert Hood well and truly earned his World’s Best Dad socks when he announced his Floorplan alias had officially become a duo with the addition of daughter, Lyric. The pair went on to drop the superb album ‘Victorious’ in June, a month in which David Guetta continued to cement dance music’s importance in modern global culture by performing his track ‘This One’s For You’ — the official song of Euro 2016 — at the tournament’s opening ceremony in Paris, as well as playing a huge gig under the iconic Paris landmark, the Eiffel Tower. 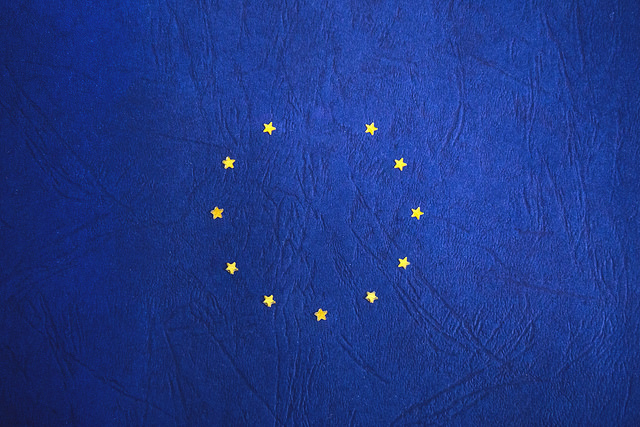 Unfortunately, June was marred by a horrific mass shooting at a gay nightclub in Orlando, Florida. 49 people lost their lives in the deadliest attack on the LGBT community in US history, and vigils were held across the world in support of the victims’ families, survivors and the gay community as a whole.

Over in the UK, spirits were dampened further when punters at Glastonbury festival woke on Friday morning to discover the country had voted to leave the European Union (Brexit), a decision widely considered foolish and xenophobic within the open-minded dance music community — and with possible ramifications to do with visas and work permits. 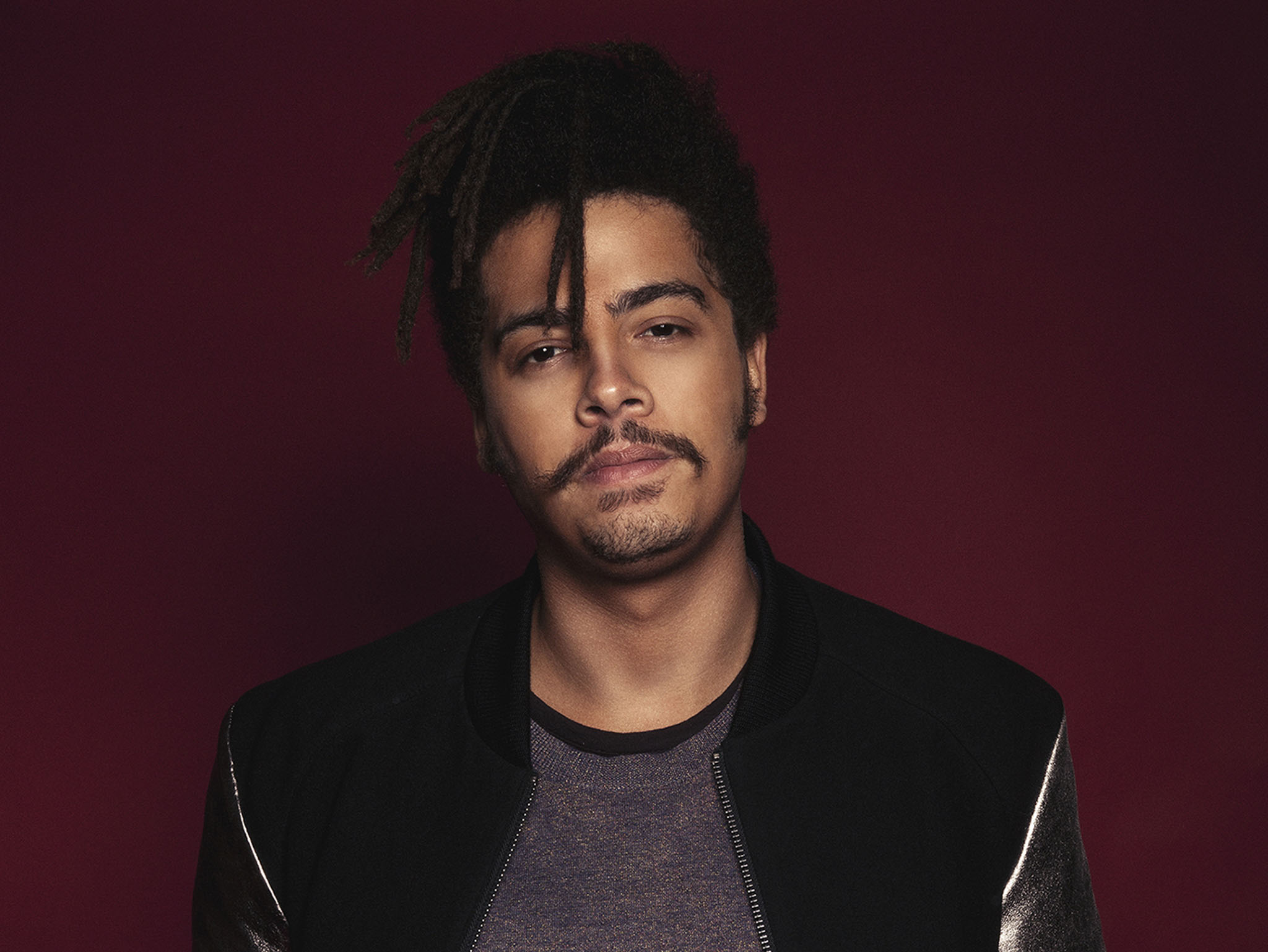 July thankfully returned to more positive vibes, as our favourite DJ/BBQ chef, Seth Troxler, made it to the top of Africa’s highest peak, Mount Kilimanjaro. The Tuskagee boss made the 4,900-metre ascent to raise money for the Cure Brain Cancer Foundation’s Million$Mission campaign. Top bloke!

French duo Justice had us D.A.N.C.E.-ing again too, with the release of their first new material in five years. ‘Safe & Sound’ dropped for free, and also featured on their new album ‘Woman’, which dropped a few months later. 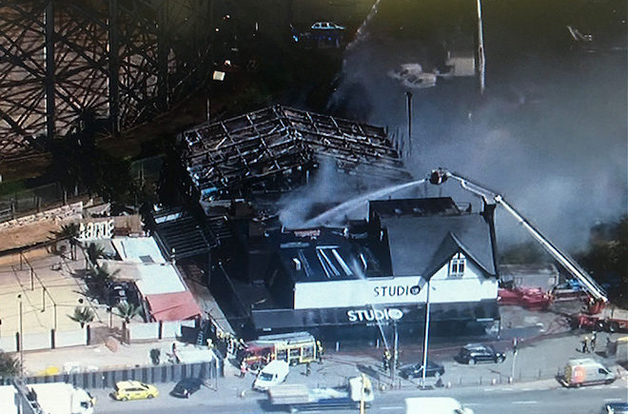 But then came August, and once again the rollercoaster of 2016 took a terrifying nosedive into the abyss.

Firstly, London lost one of its biggest (size-wise) clubs, Studio 338, in a huge fire, which tragically killed one member of staff. Then, just a matter of days later, probably the city’s — nay, the country’s — most renowned club, Fabric, had its licence suspended following the deaths of two 18-year-olds from drugs.

Subsequently, Studio 338 launched a campaign to fund a rebuild and also announced the opening of a new, small club (The Bridge) in the UK capital. Meanwhile, support for Fabric came flooding in from around the world. 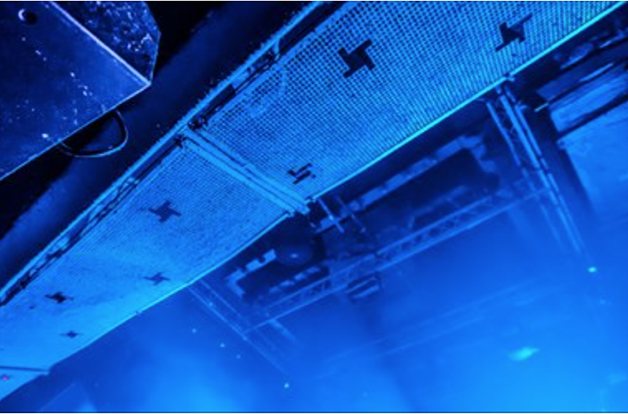 A petition to #SaveFabric collected over 150,000 signatures, and musicians, ravers, the local MP and even the Mayor Of London, Sadiq Khan (having pledged to stop the destruction of London’s club culture by appointing a special Night Tsar — later revealed as Amy Lamé), spoke out in favour of the institution.

However, after a seven-hour hearing, Fabric’s licence was revoked in the early hours of 7th September.

The club quickly launched a crowd-funding campaign to fight the decision, before revealing that it is set to reopen in the New Year in November. Hurrah! 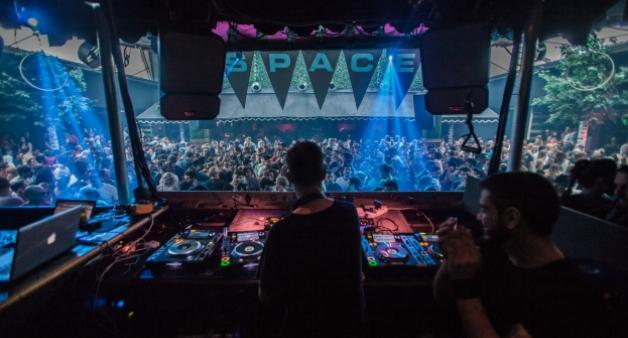 Original member of acid house pioneers Phuture, DJ Spank-Spank, sadly passed away in September, but the month concluded on an up with Skepta winning the Mercury Prize for his album ‘Konnichiwa’, and the opening of Church in Leeds. The new 1700-capacity venue inside, you guessed it, a church, was founded by Back To Basics boss, Dave Beer. We know where we’ll be spending our Saturdays from now on, at least.

As October kicked off, the DJ Mag crew made the trip to Ibiza to wish a fond (if tearful) farewell to yet another clubbing institution — Space. After a 27-year run, the venue will go down in history as possibly the most iconic club of our generation.

The future of the White Isle remains somewhat up in the air, as several hotspots were the subject of police raids during the summer, and Pacha was also sold off after the season finished. 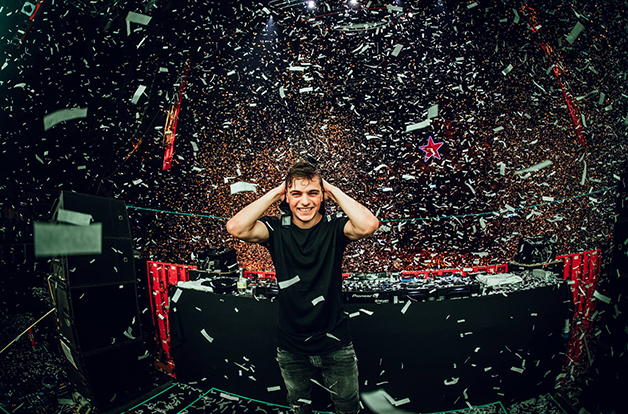 Croatia had another good season, and October ended with another edition of the world’s biggest dance music gathering, ADE, where Dutchman Martin Garrix was crowned the youngest ever winner of the DJ Mag Top 100 DJs poll.

After all that, we were actually pleased that November was rather quiet at first. Discount supermarket Lidl started selling turntables, and our Best Of British poll was launched, highlighting the wealth of talent our little nation has produced this year. 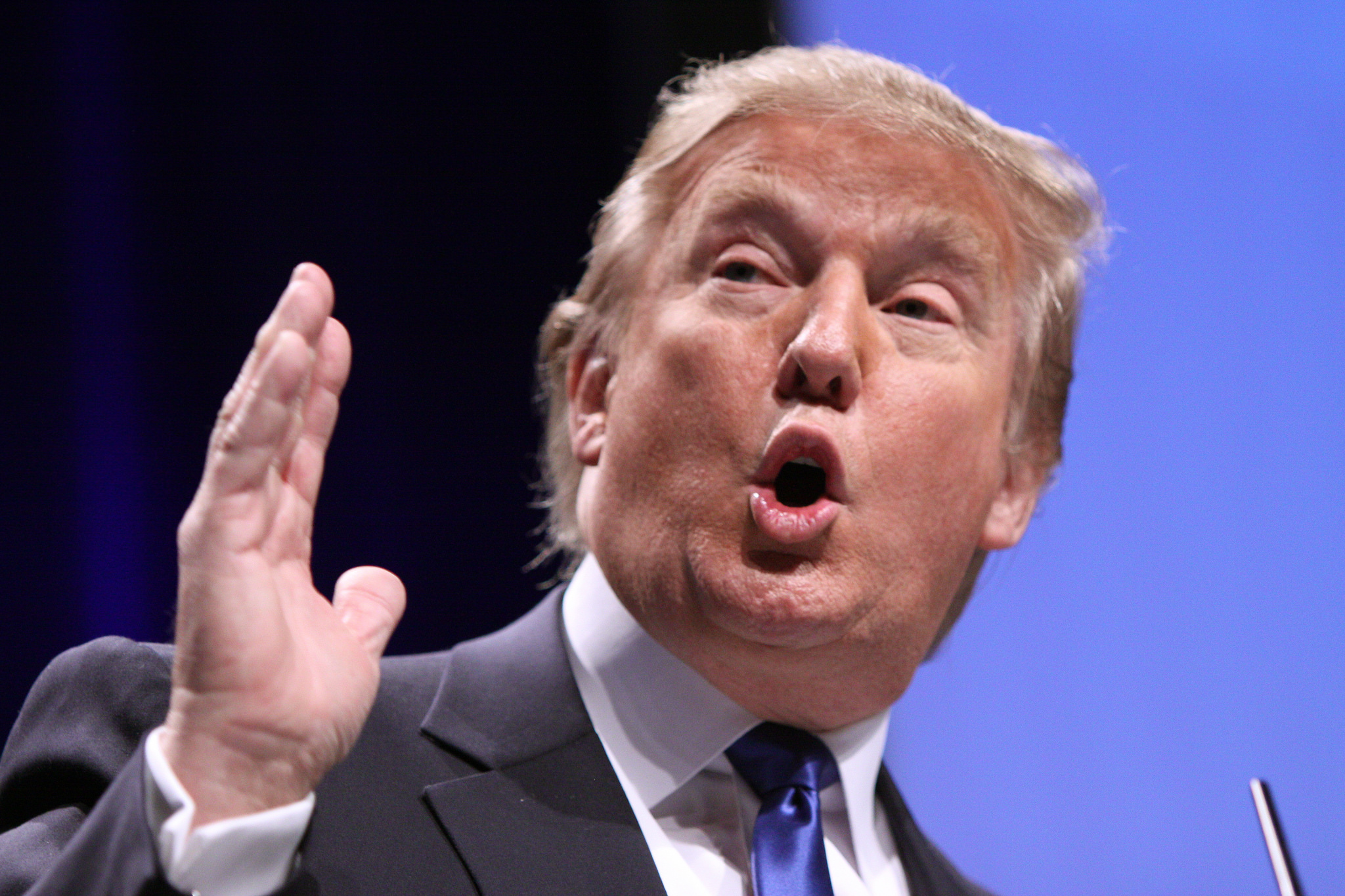 But then a certain Donald Trump nabbed the most powerful job in the world, President of The United States Of America. Most of the music industry was appalled and could hardly believe the result, although – at the time of writing at least – the world hadn’t ended.

More sad news came in December when a warehouse in Oakland, California, known as the Ghost Ship, was hit by a devastating fire during a party there. A total of 36 people were killed in the fire, the deadliest in the history of Oakland. 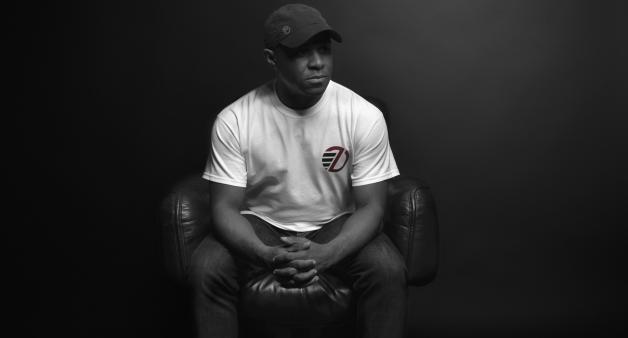 Deadmau5 also broke EDM fans’ hearts across the globe later in the month, when he revealed that EDM died in 2015.

But fear not, as the mau5trap boss unveiled the new Cube 2.1 live show he will be taking on tour in 2017, as well as the rumour mill reigniting that Swedish House Mafia are also set to tour next year, all before DJ Mag unveiled DJ EZ as Best DJ at our Best Of British awards.

All in all, a rather manic year. Less ‘news’ next year, please! News
California’s 4am last call extension bill has been vetoed