DJ Mag has teamed up with Reprezent Radio to host a five hour takeover on New Year’s Eve.

From 7 PM to midnight, we will be broadcasting some of our favourite mixes from our various Soundcloud series this year. Mixes will come from Dublin’s Moving Still, London’s Hagan, Chicago’s DJ Manny, Brooklyn label Worst Behavior and Beijing’s Slowcook.

Moving Still will kick things off at 7 PM with an hour of hi-NRG edits and originals. The Jeddah-born, Dublin-based DJ’s infectious releases and edits of cuts from the SWANA region have turned heads in the past few years, charging the sets of high-profile DJs, topping Rush Hour sales charts, and making his own Dublin Digital Radio and NTS shows a portal to untold musical riches. Read our interview with Moving Still here.

London’s Hagan will take over from 8 PM. A fusionist known for intense bass and intricate drumplay, Hagan has built a name for himself by blending the sounds of UK funky and garage with those connected to his Ghanaian heritage, from hiplife to gospel. He’s released music on labels such as Mr Mitch’s Gobstopper and Jamz Supernova’s Future Bounce. Read our interview with Hagan here.

DJ Manny will be live from 9 PM with hour of loved-up footwork. A core artist in the legendary Teklife crew, the Chicago-born, New York-based DJ and producer crafted a hyper-personal, R&B-influenced sound on his ‘Signals In My Head’ album for Planet Mu, which we rated as one of our favourites of the year. With the album, and his DJ Mag mix, Manny stepped into the spotlight after years of keeping a low profile, and with music this good, we’re delighted he did. Read our interview with DJ Manny here.

At 10 PM, there will be an hour of power from Brooklyn’s Worst Behavior Recs, recorded by the label’s co-founder Bell Curve. Compiling hyper-speed, sci-fi sounds from producers across the globe, Anna Morgan and Bell Curve’s imprint has quickly become a force to be reckoned with, as this mix of cuts lifted exclusively from their catalogue demonstrates. Read our interview with Worst Behavior here.

Closing off the takeover from 11 PM to midnight is Beijing’s Slowcook. A resident at the Zhao Dai club, and co-founder of the Equaliser collective, Slowcook delivers a mix of of turbocharged jungle, footwork, R&B, dubstep and more to help ring in the new year with a bang. Read our interview with Slowcook here.

Reprezent Radio celebrated its 10th birthday last year. DJ Mag awarded the station the Outstanding Contribution award as part of our Best of British Awards 2020. You can watch our mini-doc about the station here. 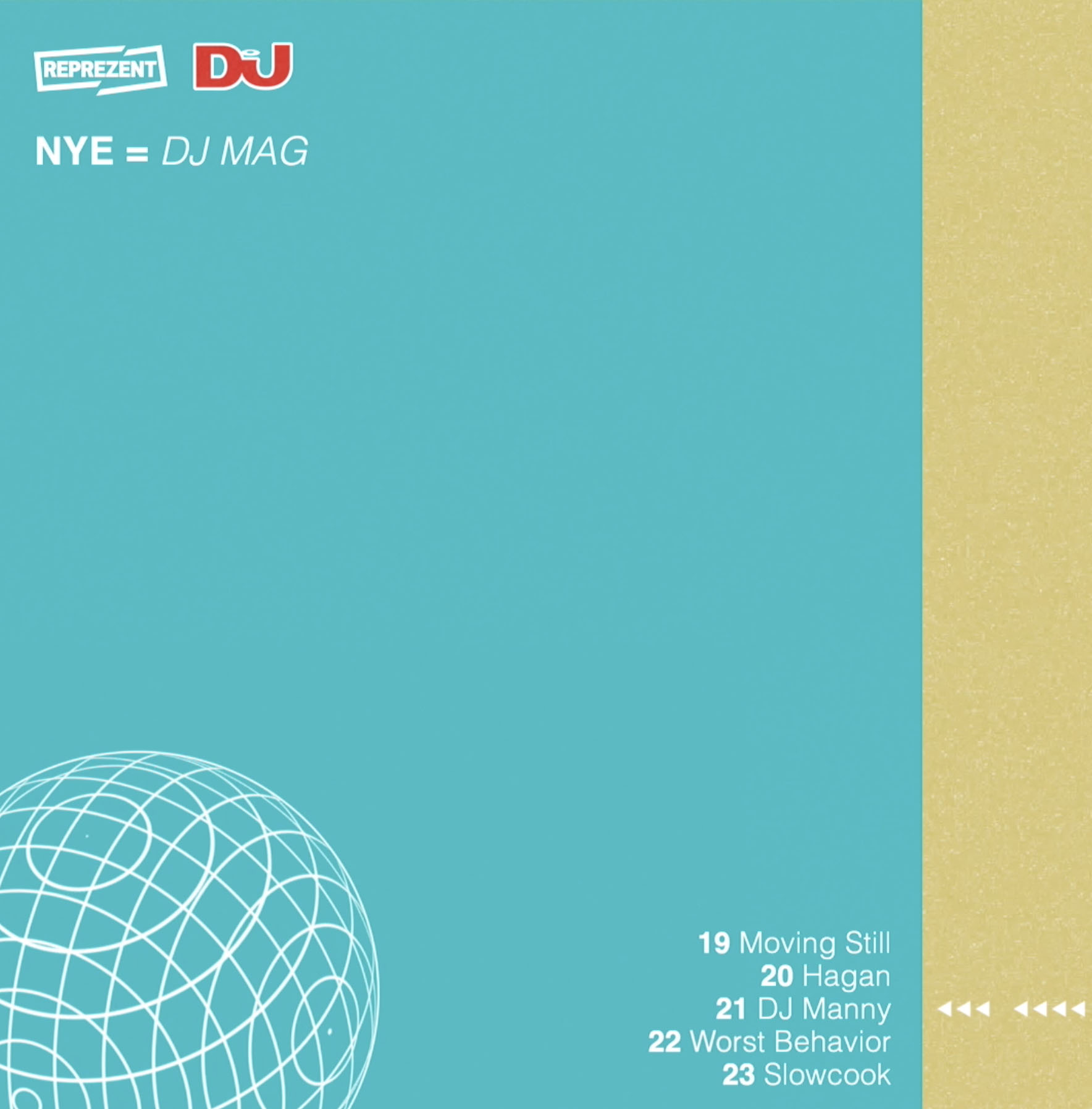