DJ Shadow has announced a 25th anniversary edition of his landmark debut album, 'Endtroducing', which will arrive on Island Records this month.

The 1996 record was largely constructed using samples taken from old vinyl releases. Now the celebratory version promises to make those noises better than ever, with audio fully remastered and cut at half speed. According to the label this “results in significantly more detailed, high quality sound."

A separate 7" single is also included with the reissue, featuring isolated parts from the album, ideal for those who want to play around with specific elements, rather than full tracks.

DJ Shadow's last album, the 23-track 'Our Pathetic Age', landed in 2019, and featured appearances from the likes of Nas, De La Soul, Run the Jewels, and Wu-Tang Clan's Ghostface Killah. It was his first full-length since 2016's 'The Mountain Will Fall'. 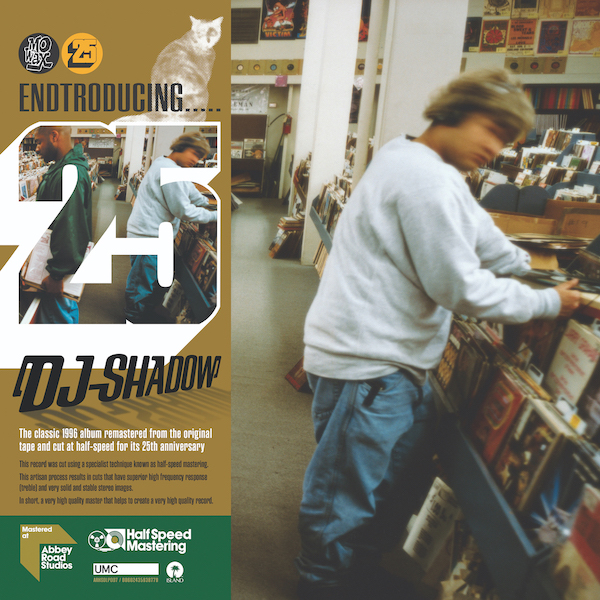