A DJ since the age of 13 and son of one of Glasgow’s longest-serving house/disco selectors, Jasper James has classy dance music deeply embedded in his DNA. After expanding his mind at Glastonbury this year and with gigs at Horizon Festival, CircoLoco and even as far as Australia and Shanghai on the boil — not forgetting DJ Mag Sessions in Birmingham alongside his close pal and cover-star Jackmaster this month — Jasper James is no longer living in his father’s shadow, he’s doing the dancefloor damage on his own terms... 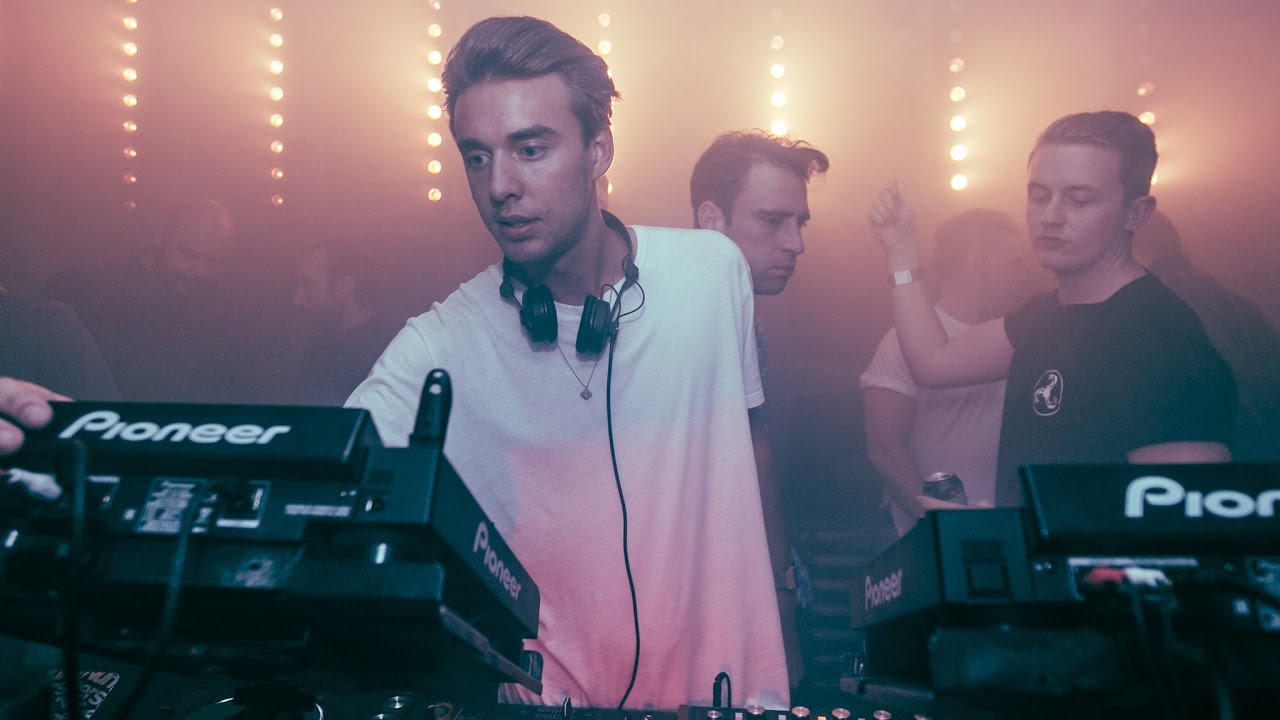 Jasper James recently had his mind blown. Like properly blown. Like ‘might have to reassess a few things’ blown. It was at Glastonbury, and it was down to the good people behind NYC Downlow, deep in the heart of the lawless Block9 area, a party which, now the dust has settled, people are starting to talk about in hushed and reverent tones, a misty reverie slapped across their faces. Prior to his attendance, he knew where his clubbing compass pointed to true north, and it was the Sub Club in his hometown of Glasgow.

But the NYC Downlow party was something else. “Best party I’ve ever been to, I’d say. It changed my outlook on the whole clubbing experience,” he says, in all seriousness. “It’s my new favourite club, hands down. It was the first time that I’d properly been to a proper gay party, outside of Berghain or Panorama Bar. All strictly disco. No house. The DJ not being the focal point. You can’t even see the DJ. The focal point is the music, it’s having a good time, it’s losing yourself. It was fucking mint.

“Luke [Howard] from Horse Meat Disco ended the night with ‘Love Is In The Air’. Just the energy and the vibe, the people. Drag queens crowd-surfing. It was fucking incredible. And quite emotional, to be honest. Maybe it was the last day of the festival and I was on a bit of a comedown, but it was really special. I thought nowhere would come close to the Sub Club.”

26-year-old Jasper has a stronger link than most to ‘the Subby’, Glasgow’s most venerable of club venues. Quite apart from the fact that he could ‘spit to the front door’ from his flat and has played there dozens of times, his dad is James Harrigan, aka Harri, who with Domenic Cappello made the Subculture night one of the UK’s most pivotal house residencies, one that has lasted for more than two decades. Over the past couple of years, mind, Jasper has stepped out from the shadow of his dad some, and is more and more rarely referred to as ‘Harri’s boy’, as he was constantly when he was growing up. 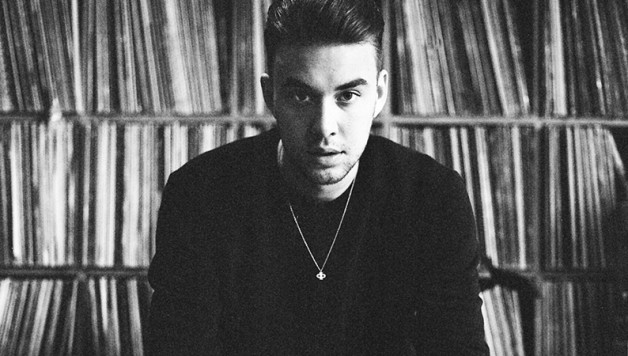 When DJ Mag catches up with him, he’s at the Hideout festival in Croatia, where he closed up Heidi’s Jacakthon party the night before, then taking on Elrow. But once he’s back, he can’t wait to tell his dad about his epiphany in a field in Somerset. “I’ve not had a chance to go home yet, but I can’t wait to tell him,” he says. “My dad would fucking love it, you know. I was thinking, ‘I’d love to bring my dad here’. He’d be in his element. In a couple of year’s time maybe I’ll take him along, maybe try and do a set together. That would be nice.”

While raving has long been seen as a form of rebellion, it’s hard to rebel against something your dad was doing long before you were born. So instead, house music is something that they share, and something that’s always brought them together. Thanks in no small part to there being around 30,000 records in the house.

“The first party I ever played at was my mum’s 40th,” he says. “That was playing to a room full of fucking ravers. All my mum and dad’s friends, like Optimo and Slam. The people from the Sub Club. My last tune was a record by my dad, ‘I Feel Good Things For You’ [under the name Daddy’s Favourite], and the place just erupted. It was going off the whole night, but I was quite taken aback. I thought, ‘This is the job for me’.”

Growing up, he never quite realised that his dad was a big deal, even though people would often stop him in the street in Glasgow, and explain to the young Jasper how cool his dad was. “They’d ask him for photos, or just stop and chat. He didn’t seem that cool to me,” he laughs. “He just seemed like a bit of a fanny.”

They’d go into record shops around town, and he’d always get looked after. People would buy him cans of Irn Bru. “But he always advised me to steer clear from DJing. To study hard. He always explained that music’s a pretty unrealistic career.” 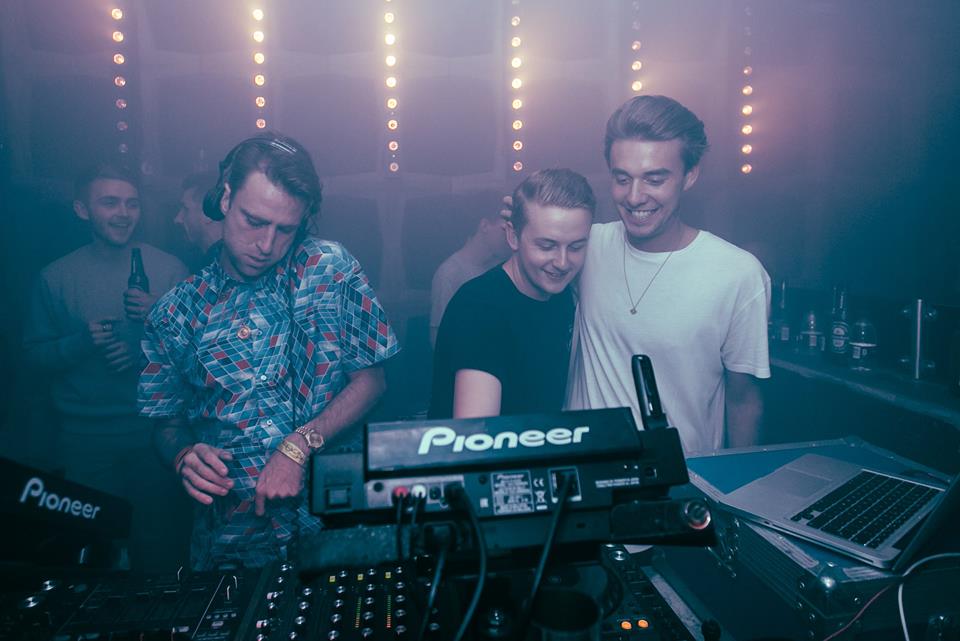 He didn’t take any notice, of course. By 13, he was mixing his dad’s records at home (hip-hop to start with, then later the likes of Carl Craig and Kevin Saunderson), and by 17 he’d bought a MIDI keyboard, got hold of Ableton and was making some initial forays into forging his own path in the business, getting DJ gigs in Glasgow. But despite studying sound engineering at university, production has always been a secondary discipline. “I’m a DJ first and foremost,” he says. Still, he’s had a handful of releases on Optimo’s Optimo Trax, another on Matt Tolfrey’s Leftroom, and most recently something of a breakthrough release on Seth Troxler’s Play It Say It imprint. He started getting regular gigs in Glasgow, then agencies started ‘sniffing around’, and gigs followed around the country, and then into Europe, as well as occasional appearances on Rinse FM. He scored his first and perhaps most important residency outside of Glasgow at Phonox in Brixton, where he played every week for six hours during its first year of business.

“It was daunting. Quite scary. In the end, six hours felt like no time. Sometimes if it was busy, I’d end up playing for seven hours, eight hours. You learn a lot about DJing, doing that. I got to really dig deep, and really push myself. In most stuff, in everyday life, I’m really indecisive. Whether it’s picking a jacket to wear, or something from a menu, I really struggle. But the only thing in my whole life that I’ve ever been super-decisive and confident with is music. It was an amazing experience. Fucking amazing.”

As he’s come up, so have those around him. He used to share a flat in Glasgow with Jack Revill, aka Jackmaster (“He’s one of the best DJs in the world, and certainly the most versatile DJ in the world,” he says of his pal), living on his floor on a blow-up mattress in a brief stay that ended up stretching into two years.

They knew each other from under-18s nights at the Sub, and Jack would come round to Jasper’s house to mix records on his dad’s decks. Now he’s playing all around the world, with four dates at CircoLoco this summer, before heading to Australia, Shanghai and the US for a rash of gigs (not to mention a spot with DJ Mag alongside Jackmaster, Austin Ato and MWX at Rainbow in Birmingham on Friday 18th August). But his heart will always be in Glasgow. And while he’s now successfully stepped out from the shadow of his dad, they still have the capacity to inspire each other, Jasper describing their tastes in music as being ‘almost identical’. Earlier this year, they played back-to-back for Boiler Room (“It was pretty fucking nerve-wracking to be honest,” he says), harking back to the days when, once he was 18, father and son would go out to the pub together, get steaming and then stay up all night playing records together.

“We’d play for hours, playing each other new music we’d found. I used to love that.” News
A posthumous Frankie Knuckles single has been released, ‘Carefree ‘I Am A Star)’: Listen