Following the announcement of his album 'Heavy Is The Head', slated for release on the 13th December, the London MC has announced a world tour, performing 55-dates in Asia, Australia, North America, and more.

The H.I.T.H tour will kick off next February in mainland Europe, before heading to Asia, where the MC will play dates in China and Japan. Austalia and New Zealand will follow, before North America and the UK & Ireland.

The tour will come to a close in Africa, where Stormzy will perform two dates in South Africa, before a penultimate date in his homeland of Ghana, and a final date in Nigeria.

News of Stormzy’s second album and tour comes after he scooped the Best Video Award for his track 'Vossi Bop’ at the UK Music Video Awards.

Earlier this month, the London MC called for Tory MP Jacob Rees-Mogg to resign following his comments about the 2017 Grenfell tragedy. 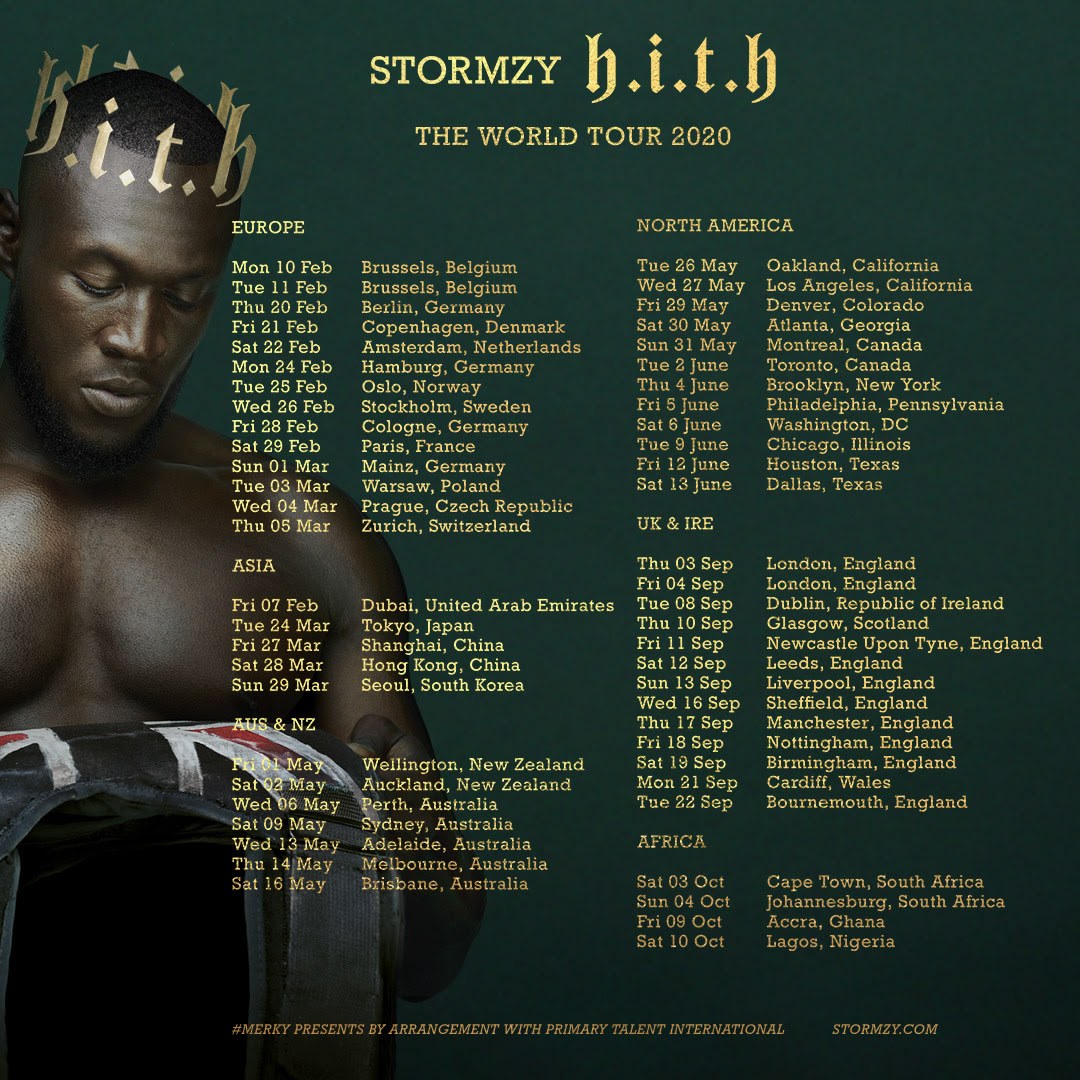