Jeremy Underground has been revealed as the latest selector to front Phonox London’s Parallel series.

The series, which will take place every Friday from the 8th to 29th June, will see the French DJ and producer bringing along some DJ friends to spice things up a bit.

Each of the four parties will include a single handpicked guest with Inner Sense joining the Frenchman on the opening night.

Elsewhere, Dirty Hans, The Mighty Zaf and Roger Thornhill will be joining the French selector for the rest of his shows in June.

Gerd Janson will headline Phonox on four dates in December.

The Running Back boss will play all-night long on four consecutive Fridays — dates include December 2nd, 9th, 16th and 23rd.

It’s the first time the Brixton club has hosted a residency of this kind — the news comes after Jasper James ended his stint as Saturday resident, to be replaced by ex-Ridley Road Market bar resident, Hai.

Following shows at ADE and a USA tour, Janson recently announced a new Tuff City Kids album — his duo project with Lauer —as well as signed Tornado Wallace to his label Running Back.

Phonox has gone from strength to strength over the past 12 months, and this winter the Brixton club will add yet another feather to its bristling cap.

In an attempt to bring a little European flare to the increasingly club-bare UK capital, Phonox is launching a new 5pm ‘til midnight Sunday series from 30th October to 11th December.

The Hydra have revealed the final additions to its Autumn series, which run between Saturday 22nd October and Saturday 31st December at a variety of London venues including Studio Spaces, Village Underground, Phonox and Bussey Building.

Kerri Chandler’s record bag was stolen from the DJ booth during his gig at Phonox in Brixton, London last night (September 25). He was playing the venue for the album launch of Voyeur’s forthcoming album on the New Jersey icon’s Kaoz Theory label.

In the early hours of this morning, Chandler took to Facebook to make a plea for the safe return of his stolen property.

Jon Rust is taking charge of Phonox’s Saturday residency in August as Jasper James takes a month-long break after a year at the helm of the Brixton club.

Levels label head and NTS Radio selector Rust will be joined each week by special guests, as he plays Saturdays between 6th and 27th August.

Speaking about the residency in a press release, Rust said, “Very excited to be hosting Saturdays at Phonox this August. Growing up south of the river, I’ve had many formative musical experiences in the area. So it’s a privilege to set the levels at the club for four weeks straight.

Brixton club Phonox has revealed their line-up for the start of 2016, and it's looking predictably epic!

Scottish hero and Phonox resident Jasper James will be taking over the booth every Saturday night, with tickets clocking in at a reasonable £5.

The opening weekend of Phonox, Brixton, is Friday 4th and Saturday 5th September. Julio Bashmore is playing b2b with Ptaki on Friday, however the official launch party is the following night. Every Saturday after that, the weekly residency will be held by Jasper James and while there will be guests, they will be never be announced.

DJ Boring has been locked in for a five week Phonox residency this June. 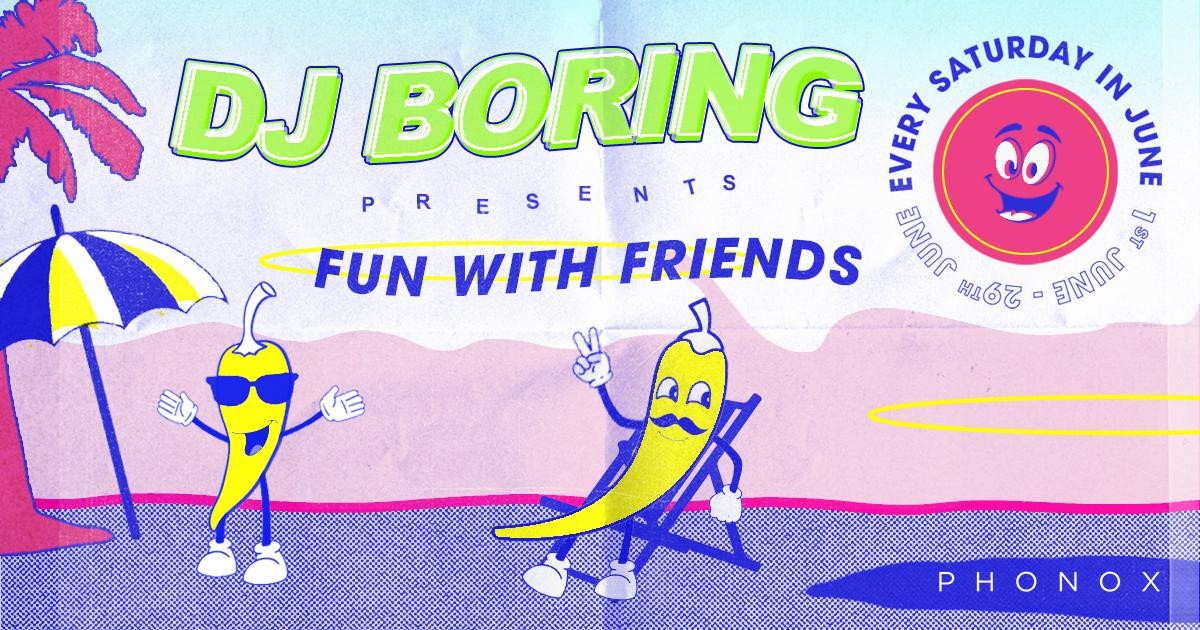