96 Back is the pseudonym of Sheffield-born, Leeds based DJ/producer Evan Majumdar-Swift. at At just 18, he is quickly becoming one of the most talked about names in the UK electro and bleep scenes and beyond given his rapid, infectious mixes and, particularly, given the anticipation surrounding his new release on legendary Sheffield label CPU Records.

Few artists have been as pivotal in Ireland’s electronic evolution of the past decade as DeFeKT. A formidable producer and live artist, the modular electro dedicant – real name Matt Flanagan – has, along with the likes of Sunil Sharpe, Jamie Behan, John Daly and Donnacha Costello, risen in recent years from the once covert but bustling techno underground into the thriving mainstream of the scene. 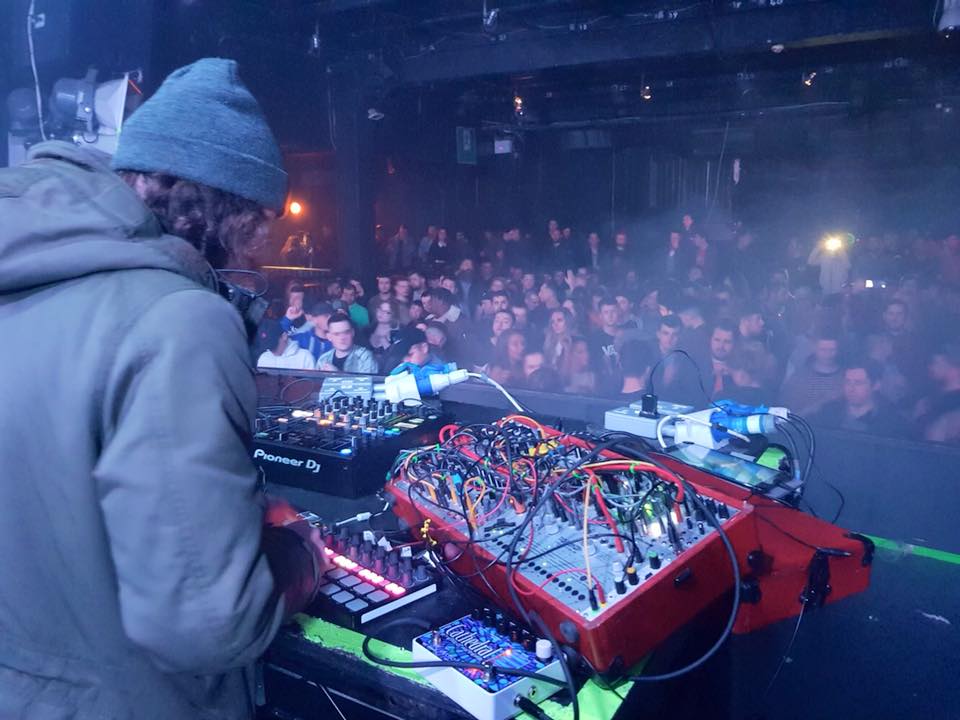 “I've had modular since I started to get better at production in college,” he explains of his production background. “I was introduced to it about 12 years ago by my teacher Ken. In terms of getting more into electro, my journey started by collecting techno records and I’d hear some electro B-sides. At that time I’d be blown away by the beats. My love affair with electro grew and grew as I got into Kraftwerk, Anthony Rother and The Advent to name a few.”

“Acts from here don’t get so much coverage. But we wanted to make a statement. And we will make more statements”

Amid the incendiary percussion, volatile acid lines and buzz saw bass grooves, ‘On A Roll’ is embellished with spoken snippets and found sounds that ground the release in the Irish landscape and community, giving a keen sense when listening to the album that it exists proudly within this pivotal time for Irish electronics where this music exists more in the “mainstream” than ever before. ‘Intro’ finds two young midlands accents discussing “patterns” before the ferocious ‘Caravan Life’ kicks off. 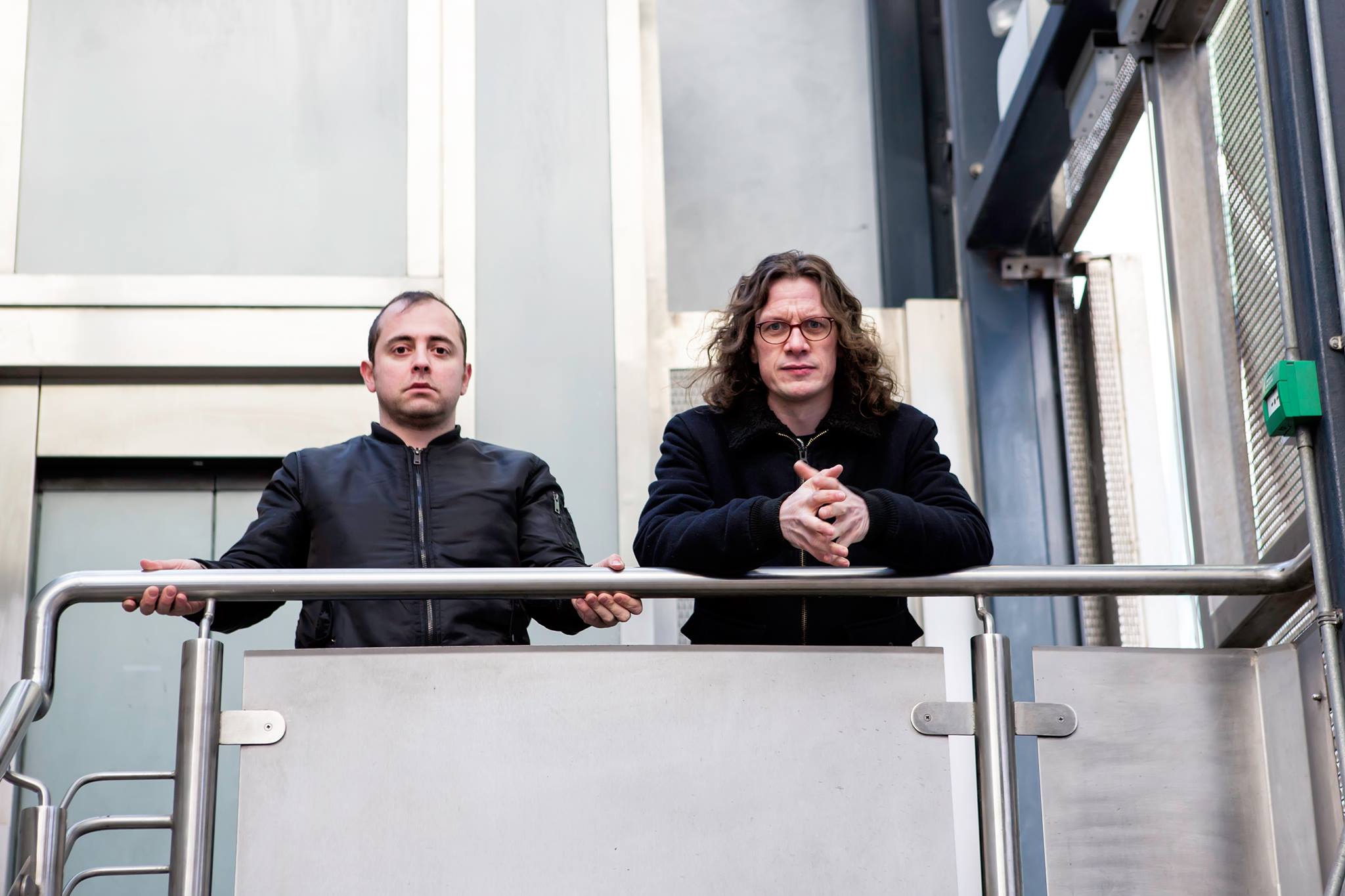 Dallas, Texas is a buzzing hub of raw, hard-hitting electro music, with DJs like Helena Hauff, Maceo Plex and R9 all avid followers of the sound.

The small city has been pumping out essential electro cuts since the mid-’90s, which have drawn influence from hip-hop, Krautrock, industrial, and the sounds of the Motor City.

“My fave Dallas electro track is probably E.R.P. ‘Lament Subrosa’. Just a perfectly deep electro tune. His music is simultaneously romantic and dripping in melancholy. He pulls that off while still being funky.”

“I would say ‘Cybernetic Properties’ by Plastic Sleeves. If you look at the video on YouTube, you get the idea. He puts on this mannequin mask obviously influenced by Dopplereffekt in its own way. It’s the same kind of energy that Tense, who’s also from Dallas, would have.”

“The name sums it up pretty nicely.”

“Gerard and I are some of the older geezers of the Dallas electro scene, meeting in the early ’90s.  He’s a constant inspiration and the one person I trust most musically, as I often ask his opinion of my own music. This track contains all the elements I love in his music; delicate crystalline melodies, icy strings, and a tough bassline that jumps out of the speaker and wiggles your body.”

Identified Patient is part of a new wave of artists questioning the boundaries of what techno can be, at a time when the mainstream is awash with increasingly linear sounds. 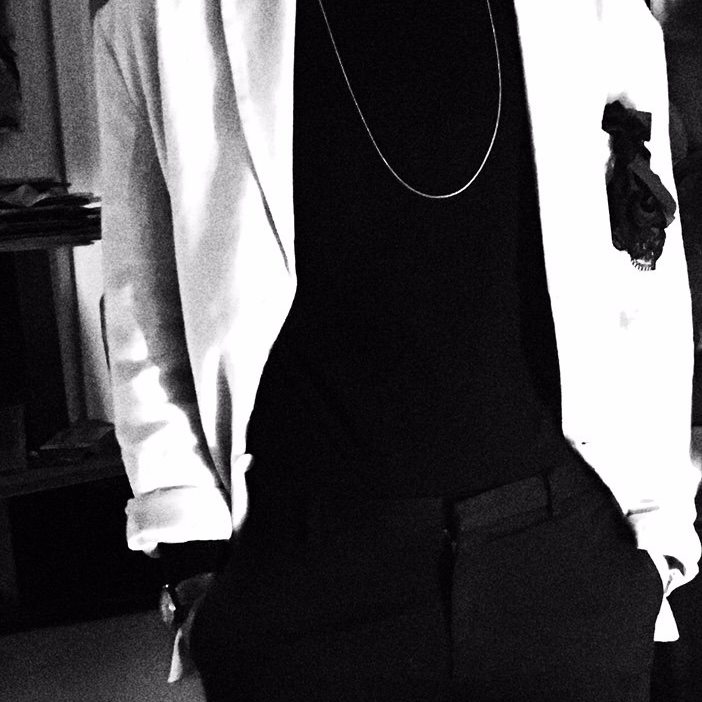 “Patrick [Marsman] is really doing important work for the industry,” Veerman tells DJ Mag of the Pinkman label boss over Skype from his home in Amsterdam. “After that EP, there was more movement and my DJ sets got more exposed. The label gives trust and believes in young artists,” something he says is key for pushing electronic music forward.

For well over a decade, Sunil Sharpe and DeFeKt (Matt Flanagan) have been two of the most pivotal artists in Ireland’s clubbing landscape. With DeFeKt being best known for his ferocious modular cuts and masterful live sets, and Sharpe for his inimitable all-vinyl DJ sets, between them, the pair have a deserved reputation as Ireland’s premier techno and electro acts.

There are many that call Marc Acardipane “The Godfather of Hardcore”. And that shouldn’t come as any surprise. In the early 90s the Frankfurt-based DJ/Producer was behind some of the most vital tracks in the forming of a sound that would become ubiquitous in scenes across Europe for years to come.

Benga has returned with his first track since 2016, a tough, paranoid electro cut called 'Psychosis'.

Built around a repetitive robotic vocal and simple-but-effective beat, the track comes alive through bee sting synthwork which rains down from all angles.

As the name would suggest, creating the tune was a cathartic process for the original dubsteppa, who has been outspoken about his struggles with mental health, brought about by drug use and excessive touring.

Sophia Saze offers up an eclectic techno selection for the latest edition of our Fresh Kicks series.

Originally from Tbilisi, Georgia, but now based in Brooklyn, Saze is about as creative as they come. A multimedia artist who’s been involved with music and dance from a young age, she's now turning heads in the techno scene with her well-crafted, highly varied output.

There’s something very apt about the name of Sydney, Australia’s electro fiend Jensen Interceptor. He sounds like a cosmic voyager, but it’s actually the name of a 1970s car with a distinct old-school look. The combination of futuristic and retro influences in his hands is a powerful one.