Fabric has announced the full line-up for its 20th anniversary celebrations.

The London nightclub, which first opened its doors in 1999 and has since hosted 3,000 events, will run a two-month programme throughout October and November.

The opening weekend begins on Thursday the 3rd October, with a live performance from James Lavelle, who presents the UNKLE’s AI concept. He also curates Friday night's party, and will be joined by the likes of Laurent Garnier, Roni Size and Mantra. Craig Richards, KiNK (Live) and Midland are all slated to perform on the Saturday.

Fabric has announced 13 new residents for its 20th anniversary.

Club stalwarts Terry Francis and Craig Richards will remain at the centre of the London venue, while a host of fresh names are being drafted in.

As an advocate for those who dare to be different and someone who strives for inclusivity for ravers from all walks of life, Pillot has been heartened by the resurgence of a punk ethos and attitude throughout the undergound. "It feels like an incredibly exciting moment for dance music [reclaiming] its anti-establishment, punk roots" she says, adding that she thinks the mainstream has, surprisingly, had a considerable influence on the change.

The legendary 250-capacity German venue in Offenbach, close to Frankfurt, is widely regarded as home to one of the world's finest soundsystems and boasts a relentlessly enviable diary of exceptional house and techno talent.

No line-up has been confirmed as of yet, and there will be no pre-sale tickets available before doors open on Friday 28th June. The beats will stop on Monday 1st July.

The history of club culture is to be chronicled and celebrated in a one-night-only exhibition at London nightclub fabric.

The show, cataloguing the social and political factors which shaped nightlife's counter-culture, is a collaboration between the iconic club, subculture history archivists OurHistory and vape company Logic, and will take place on April 25th.

Striking a balance between fast-rising acts and bigger names, the London club will host seventeen stacked bills across January to March next year.

Kiasmos, Magda, Leon Vynehall, Joris Voorn and Seth Troxler are also among the first names announced. Check out the full current programme below.

There are many ways to frame the story of Sherard Ingram’s unique rise and stature as one of techno and electro’s most consistent, authentic and trustworthy DJs. He has limitless chapters entrenched in the entire lifetime of Detroit music culture; multiple aliases and collaborative projects that place him in the Venn overlap of so many genres, from electro to downtempo, even drum & bass. He has numerous personal interests and ideologies. 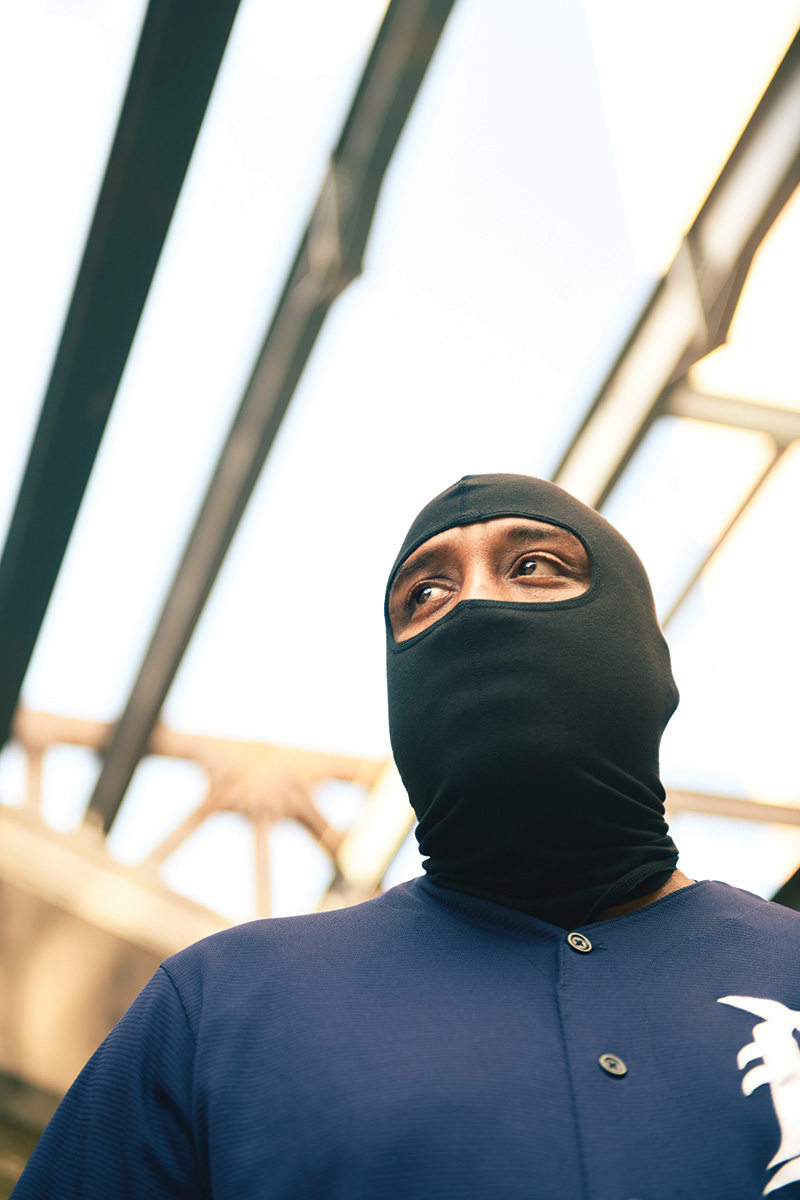 "Did I feel like a stingray?  Never.  But I wasn't going to argue with James Stinson.  I felt it and I understood what he wanted, because I understood the Drexciya legacy.  I was Stingray from that day on."

Mask fully down, there’s an instant switch from Sherard to Stingray. He’s smiling underneath the mask, but you’d never tell. I didn’t ask him if he played poker, but he alludes to a game when we use a table as a prop in the photo shoot, and you get the canny feeling he’d clear the table with you if you did. His slightly hooded, watchful eyes give absolutely nothing away. Not his mood. Not his energy levels.

If there were arguments as to whether the UK’s regional cities were undergoing an electronic renaissance then this month settles it.

Burial and Kode9 have shared a new mix in support of their forthcoming FabricLive compilation.