In Point Blank’s latest studio tech overview, they were joined by Dave Clark, the man behind Digital and Vinyl Expert, to explore the differences and upgrades from the Traktor Kontrol S4 MK2 to the S4 MK3.

Native Instruments have announced Traktor Pro 3.1, adding parallel waveforms, as leaked at this year's NAMM show in California. The new waveform views allow users to display track views and remix decks in parallel mode, making it easier to align peaks and troughs in the waveform of tracks and samples, similar to Serato and Pioneer DJ's rekordbox.

Traktor Pro 3.1 will add new parallel waveforms, according to a leak by DJ Tech Tools. The new waveform view will mimic that of rekordbox DJ and Serato, allowing users to view up to four waveforms on top of each other, theoretically making it easier to line up transients.

The update was teased at the NAMM conference in California last week, with no date announced for when the update will be available for download. Interestingly, Stems view will also be available in 'parallel' view, creating a complex view of samples and stems that looks more like a DAW than DJ software.

Native Instruments have announced Traktor DJ 2, a new app for iPad, PC and Mac, with a simplified interface and new features like suggested tracks and direct integration with the new Kontrol S2. Suggested Tracks will scan track elements like key, tempo and energy and suggest what to play next.

Traktor DJ 2 also adds SoundCloud integration, allowing users to stream directly from the popular music platform into the software. NI say the software has been re-coded from the ground up, which they announced last year, and will work across both mobile and desktop platforms.

Native Instruments' new Kontrol S series was launched late in 2018, with the flagship of the popular controller range adding motorised jogs and extra controller features to the updated Traktor Pro 3 software. Refining rather than revolutionising the range, the S4 MK3 went back on NI's previous S5 and S8 range and re-introduced jog wheels, adding a motor and extra torque controls. They also added some Pioneer DJM-style one-knob effects per channel.

It’s 2008. Armin Van Buuren has won the DJ Mag Top 100 DJs poll for the second year running. Gordon Brown has shakily taken the reins of UK government, while Obama wins the US presidential election. Eric Prydz’s ‘Pjanoo’ plonks its way through every single sports preview on TV. The first Android phones only appeared in our lives in 2008, as did Flo Rida. A lot can happen in 10 years. At the beginning of 2008, MySpace was the premier social media site for DJs and producers; by the end of the year, Facebook had overtaken it. 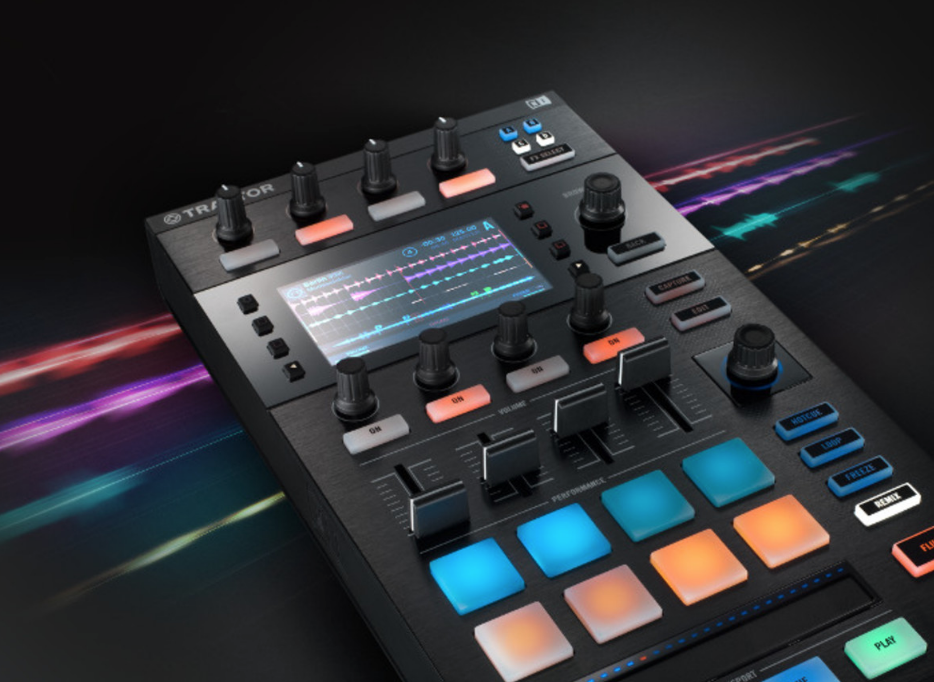 It's the most wonderful time of the year – whether you're treating yourself or looking for the perfect gift for someone else, we've got you covered. From £6 to over £10k, this is the ultimate gift guide for DJs and producers. Dig in.

Although Black Friday and the questionaly-named Cyber Monday were first introduced to capitalise on the good will generated over a hefty Thanksgiving dinner, it's evolved into a global smash-and-grab, with overwhleming offers and discounts thrown at us from every corner of capitalism. Cool!

Native Instruments are hosting 13 in-store events across UK and Ireland to showcase the new version of Traktor Pro as well as the new MKIII Kontrol S4 and Kontrol S2. Hosted by Retail Product Specialists, the events will take place on Thursday Nov 1st and 7pm, and offer attendees the chance to get hands on with the new hardware as well as explore the new software and ask any questions they may have.

"The one piece of kit I can’t live without is my Native Instruments Kontrol S keyboard and software combo. I work entirely in the box and currently don’t run any external hardware, so this is one of the very few items that sits on my studio desk!